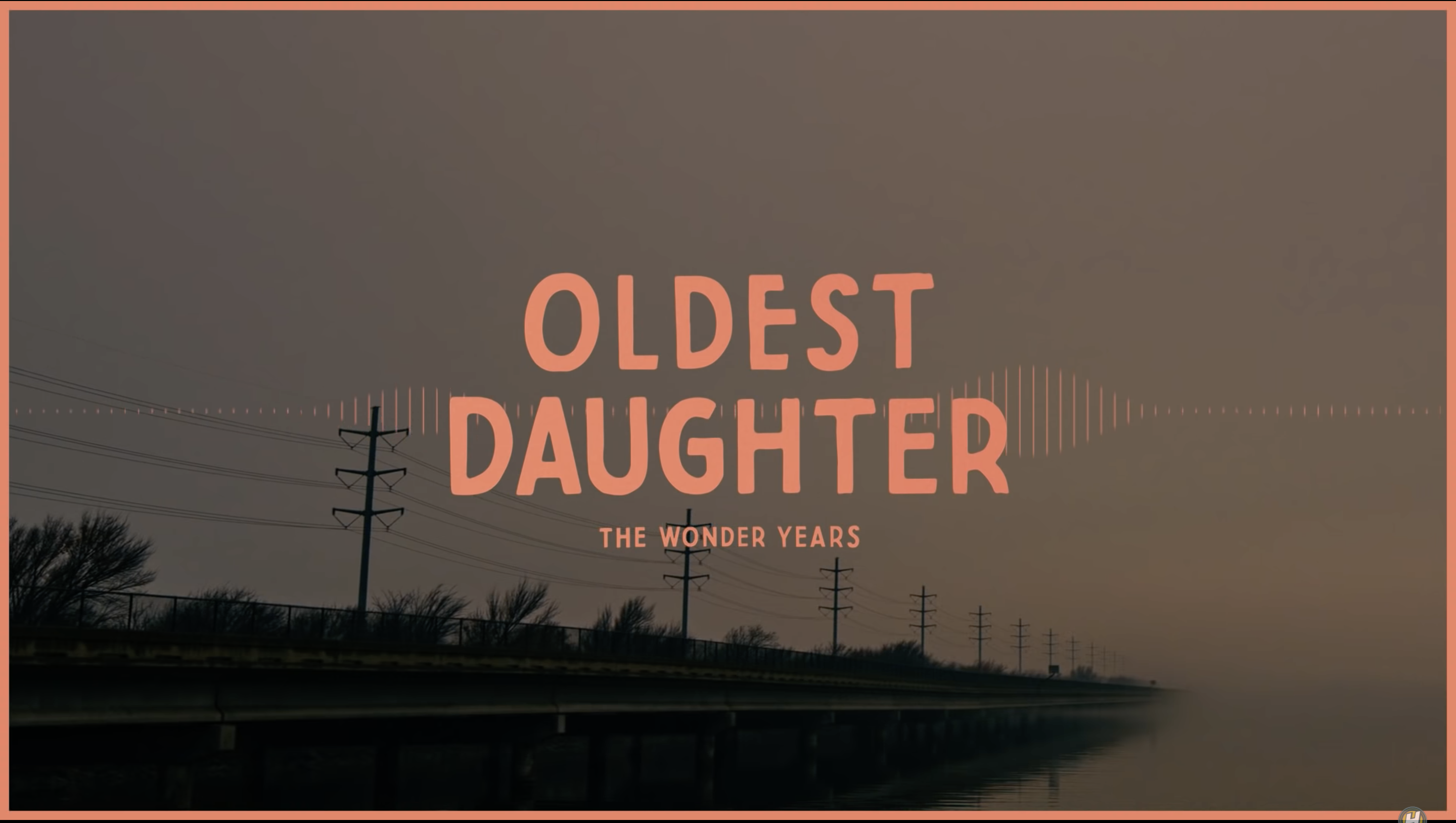 If any band can get you rocking and emotional at the same time, it’s The Wonder Years. The Lansdale, Pennsylvania pop-punk band have been honing their sound since the mid 2000s. From basement shows to Warped Tour, the band continued to grow as musicians and writers. Now, with their new track, “Oldest Daughter,” The Wonder Years have blended their newer mature alternative rock elements with their pop-punk roots. With storytelling about loved ones going through hard times, the band has once again done a magnificent job of making the lyrics feel personal.

Dan Campbell, lead singer, has a way with words and “Oldest Daughter” is no different. The track references a character, Madelyn, who has appeared in a previous song from their The Greatest Generation album. That album focused on the suburban American experience; whereas TWY’s last two albums (No Closer to Heaven and Sister Cities), focused on more personal experiences of dealing with loss and hardships. Now, “Oldest Daughter,” is combining those concepts. The song is about the storyteller trying to get in contact with a transient loved one. And with their signature descriptive lyrics, listeners are immersed in the narrator’s journey.

Despite the sad verses, The Wonder Years have layered in some heavy guitar riffs and drums. Nevertheless, the strong instrumentals sound polished. Paired with Campbell’s pleading and powerful vocals, it’s up there with some of the band’s best work. After years of perfecting their craft, “Oldest Daughter” blends all the best parts, sonically and lyrically, from previous eras. This one is truly a gem for both old and new fans.

The Wonder Years have not released a studio album since 2018, but “Oldest Daughter” appears to be the first track of an upcoming seventh studio release. The band recently hinted at a new album, so hopefully we’ll have more content later this year. However, the wait is often worth it as “Oldest Daughter” is a work of art. We can’t wait to see what they have for us next!