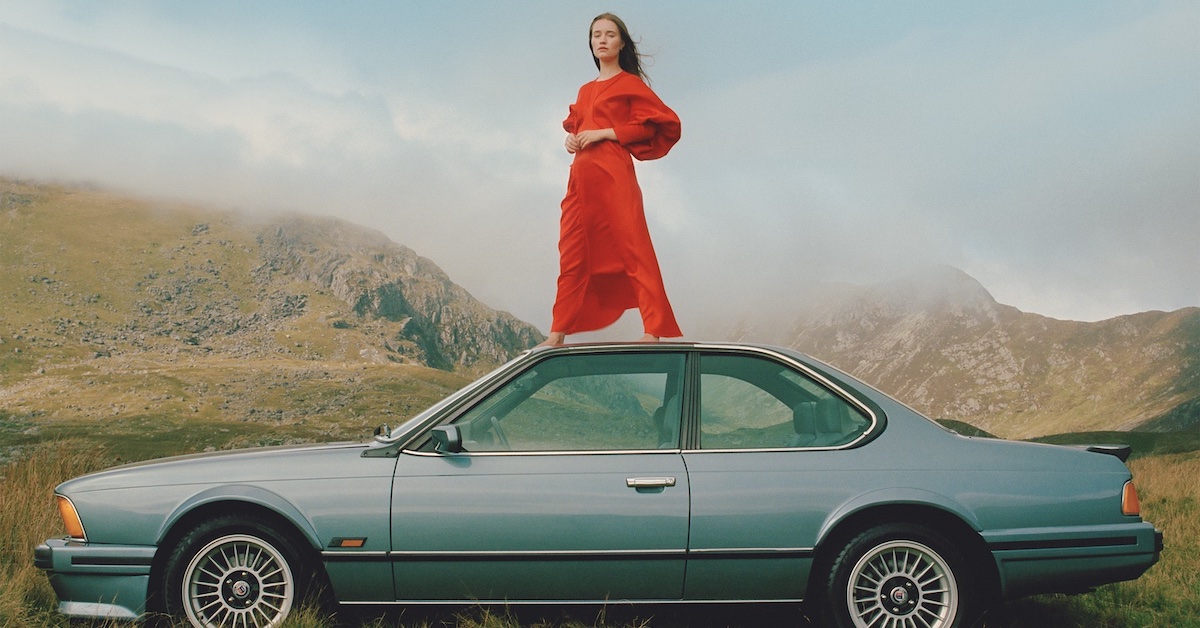 With her debut album Sucker Punch, Sigrid solidified herself as an anthemic pure pop singer. The album demanded attention with its in your face production and Sigrid’s signature belting vocals. On her new album, How to Let Go, Sigrid tones everything down a bit.

Sucker Punch was a bold declaration for pure pop sounds in a time when trap sounds were starting to bleed into the mainstream. How To Let Go allows itself to give in to trends a bit more pulling from classic soft rock palettes that have become the playgrounds of artists like Harry Styles and disco inspirations that brought Dua Lipa to the top of the pop conversation and a regrettable dabble in the pop punk world that Olivia Rodrigo and Machine Gun Kelly have championed.

These sounds form a sort of binary in the album, songs that are bursting with energy, and those that are more understated. As Sigrid explained in a press release this duality was intentional: “They’re two different things. The chill girl who loves to ski and hike and cook versus the other part of me that’s like ‘let’s go out’, or let’s play massive shows, go on stage and not be scared of anything. I used to be so shy as a kid but then when I’m on stage at Glastonbury for example, I love losing myself in it.”

These two sides of herself compete for space on the record, with the softer rock side often winning out. As a result, the album doesn’t capture that same roaring flame from her debut. This sophomore effort is more a torch lighting your way through the dark. The two sides never clash though, a credit to Danish producer Sly who helmed all of the album’s tracks except “Bad Life.”

Sucker Punch was about the highs of life – crushes, infatuation, staking your claim, crashing into walls without thinking of the consequences. How To Let Go lets itself sit in the low moments to decipher the lessons you gain on the way back to the highs.

And she does still manage to find her pop anthems in the lows. “Burning Bridges” is the album’s most frenetic track, coming a bit early in the tracklist. It’s a fiery string led disco track that recalls ABBA’s dance floor heaters. “A Driver Saved My Life” is another fun dance moment in which Sigrid finds a way to ascend out of loneliness with a well timed crank up on the stereo system. The album’s opener “It Gets Dark” is also quite anthemic, though the lyrics are a bit tacky.

That is a bit of a running issue throughout the album. While the production and melodies are working at top levels, the lyrics do fall behind at times. Hooks like “I love who I see staring at me in the mirror” and “It gets dark so I can see the stars” are barely enough to latch onto. They are too vague, too universal. The album’s closing chorus being “When I go, I wanna go out on a high note” also feels indulgently cliche (the song is not quite the high note it thinks it is either). A lot of the time though, Sigrid’s penchant for irresistible melodies is enough to carry the weight.

The worst track on the album is the one collaboration that made the cut. “Bad Life” is a collaboration with British rock band Bring Me the Horizon, which feels like an inauthentic label A&R idea to capitalize on the wave of punk music popularity. The lyrics are like an “it gets better” mad lib of cliches. It’s a hollow, sanitized version of the pop punk sound, and doesn’t show off the best of either artist.

However, there are some moments of outstanding lyricism on How To Let Go. The most salient being “Last to Know,” a striking piano ballad that stands out on the album, not just for its stripped back production. The song is about not wanting a former partner to find out that you’ve moved on. It’s a vulnerable admission of not quite guilt, but knowing it doesn’t look good, that we don’t often get in break up tracks. Few songwriters can distill that emotional complexity down into something so simple as Sigrid, Sylvester Siversten and Caroline Ailin have here.

It’s tough to say that How To Let Go is a victim of the sophomore slump because it is a solid body of work, but Sigrid had set the bar high for herself. The album has good pop songs, but not as many that feel built to last. They’re the tracks that will give you a breather during the concert, not the ones you feel driven to scream every word to.