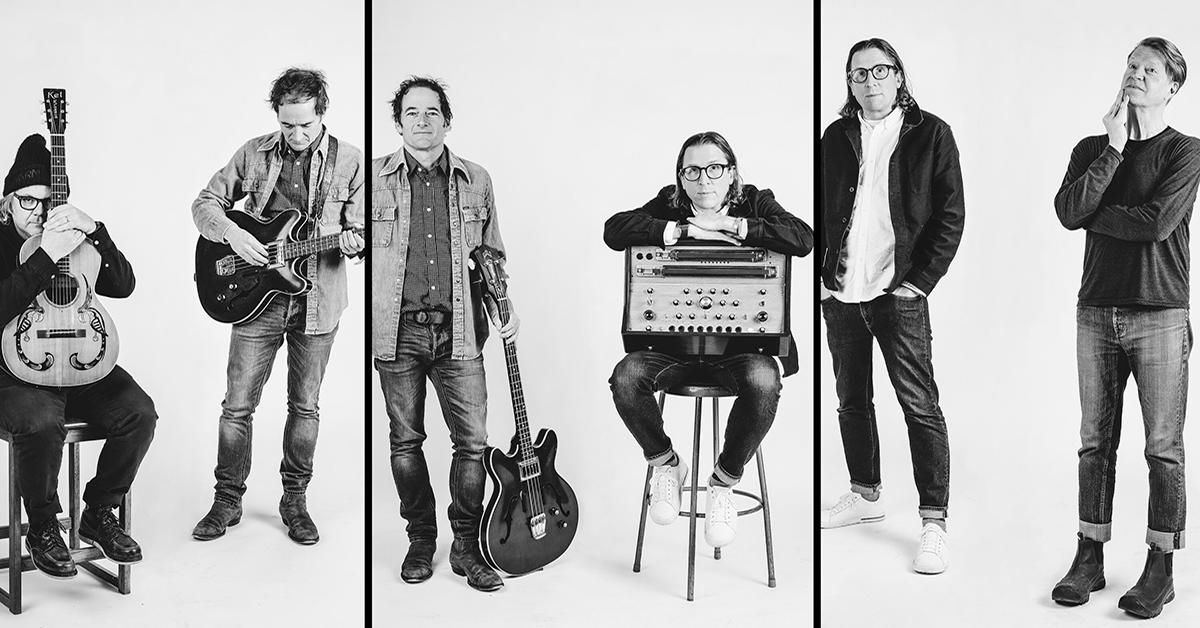 Chicago based alternative rock group Wilco has had a hand on the steering wheel of American indie since it’s conception in 1994. Puzzling creative endeavors turned brilliant landmark albums like Yankee Hotel Foxtrot redefined both execution and consumption of an indie album.

But before Wilco, another group wrestled it’s way to success. The band was forged from the ashes of Uncle Tupelo, an alternative country group formed just south east of St. Louis. When co-frontman Jay Farrar departed in the early 90s, a young Jeff Tweedy assembled Wilco from the bands remaining members. Now, 27 years later and after all the aforementioned success of Tweedy and co.’s new experiment, Wilco has opted to shelf their pop leaning work and return in the favor of folk.

This past week’s release of Cruel Country is more of a fresh take on the band’s original sound than a departure. The fact that you are reading an article about a striking and unexpected release from Wilco is, in a way, the very thing that identifies them. Gone is the endearing young choppiness of the bands premier album A.M., a collection of songs much more country leaning than releases of the last 20 years. Instead, Wilco flexes their growth in songwriting by reimagining the genre in their own honest style. While folk and country it may be, the album is poignantly fresh and self aware. There’s an intentional hollowness beneath the easy going folky exterior. This eeriness resonates between playful steel guitar, groggy vocals, and forlorn themes. This balance remains throughout the entire 1 hour 17 minute collection, an admirable display of Tweedy’s control as a writer, singer, and musician.

“Cruel Country” is the title track of the new album. It’s jaunty, yet cavernous. Tweedy sings cautiously, “I love my country/Stupid and cruel/Red, white, and blue/All you have to do is sing in the choir/Kill yourself every once in a while.” A prelude to the album about to unfold, the track encapsulates the unnerving complication of patriotism. To pledge allegiance to the American flag often comes with a moral contradiction of sorts, a feeling of loss echos from the fireworks’ boom. The song calls out the listener while also placing them in “the choir” of community. But do we all sing along? A well timed release among the patriotic holidays of summer, Cruel Country asks these questions in ambiguity.

Track three, titled “Hints”, captures the entire album’s message in 3:38 minutes. Tweedy’s delivery of the verse, “There is no middle when the other side/ Would rather kill than compromise,” is humble and striking. Here, Wilco calls out the present day climate of our society plainly without breathing a word of detail. Just as the album is a callback to younger brighter days stylistically, “Hints” is one of many tracks that explores societal grief and frustration through looking back.

“Tired Of Taking It Out On You” is one of two singles off Cruel Country. It’s exemplary of the warmer sounds on the album. Endearing romance of the strings section fills out the longing lyrical delivery. Beneath it all lies their signature buoyant percussion, courtesy of long time drummer Glenn Kotche. The song spends is 3:36 runtime re-centering attention to personal relationships despite all the distracting frustrations of the external world.

“Falling Apart (Right Now)”, the first single, is the most playful on the album. Outcry singing and shiny steel guitar interludes are complimented by bouncy breezy intrigue. It’s fairly quick in pace, and reminiscent of Tweedy’s solo work on Love Is The King and Warm. It’s a honky tonk homage, but sleek and cool all the while. “Falling Apart (Right Now)” is an engaging listen that rolls and bends like a sunny back road drive.

In times of great struggle to move forward, Wilco carries on by venturing to the past. On their trip, they deliver fresh perspective on simple yet vivid sound and critical thought, and return with a grain of wisdom to share. Cruel Country eclipses nostalgia, leaving the listener with stirring reflection of The American Contradiction and, perhaps, a mainstream revival of new-age folk.