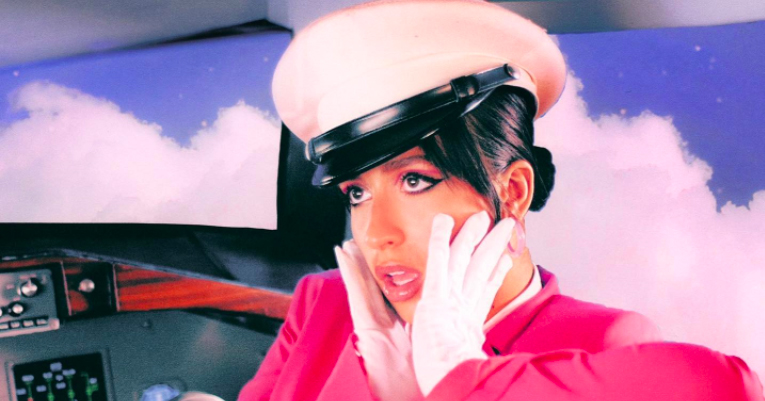 Tate McRae’s first full length project i used to think i could fly is finally here and see’s Tate at her most vulnerable. Navigating life in the spotlight can be hard for an 18-year-old; as she sings on this album, “growing up is chaotic.” Tate blew up back in 2020 with her heartbreaking ballad, “you broke me first,” gaining over a billion streams online. With entering the spotlight so young, Tate wants listeners to know on this 13-track album that she’s just as confused and anxious as any other 18-year-old.

The album centers around the themes of being hit with the harsh realities of growing up. Tate mentions in a press statement, “When you’re younger, life seems very easy and anything seems possible. You live with no fears and no insecurities,” continuing, “And then you grow up and a lot changes. That’s the whole concept of this album: getting hit with harsh reality.” This relates back to the album’s title, i used to think i could fly, which is also a lyric in the song “go away” and mentioned by the spoken word intro track, “?.”

The album features previously released tracks like “what would you do?,” “she’s all i wanna be” and “feel like shit,” as well as many hard hitting new tracks. The first song on the album “don’t come back” might sound familiar too as it interpolates Nelly‘s “Ride Wit Me,” giving it a sense of nostalgia.

Other notable tracks on the album include “whats your problem?,” which Tate mentioned on TikTok as being “one of the sassiest songs I’ve written” about a manipulative partner. In her song “boy x,” the x is meant for the listener to fill in the variable with whoever fits the part. Tate sings on the song “there was a billion of boy x, but babe, there’s only one of me.”

The closing track “i still say goodnight” was co-written with Finneas and tells the story of slowing feeling someone fade away in a relationship and feeling stupid for still holding out for them. Tate has mentioned that this song being the last on the album almost feels like the credits rolling at the movies. If theres one thing we love, its a heartbreaking Tate McRae ballad.

Overall, Tate McRae’s debut record i used to think i could fly does a beautiful job of explaining the emotions young girls go through growing up, navigating life, and realizing that things may not always be as shiny and great as they seem.