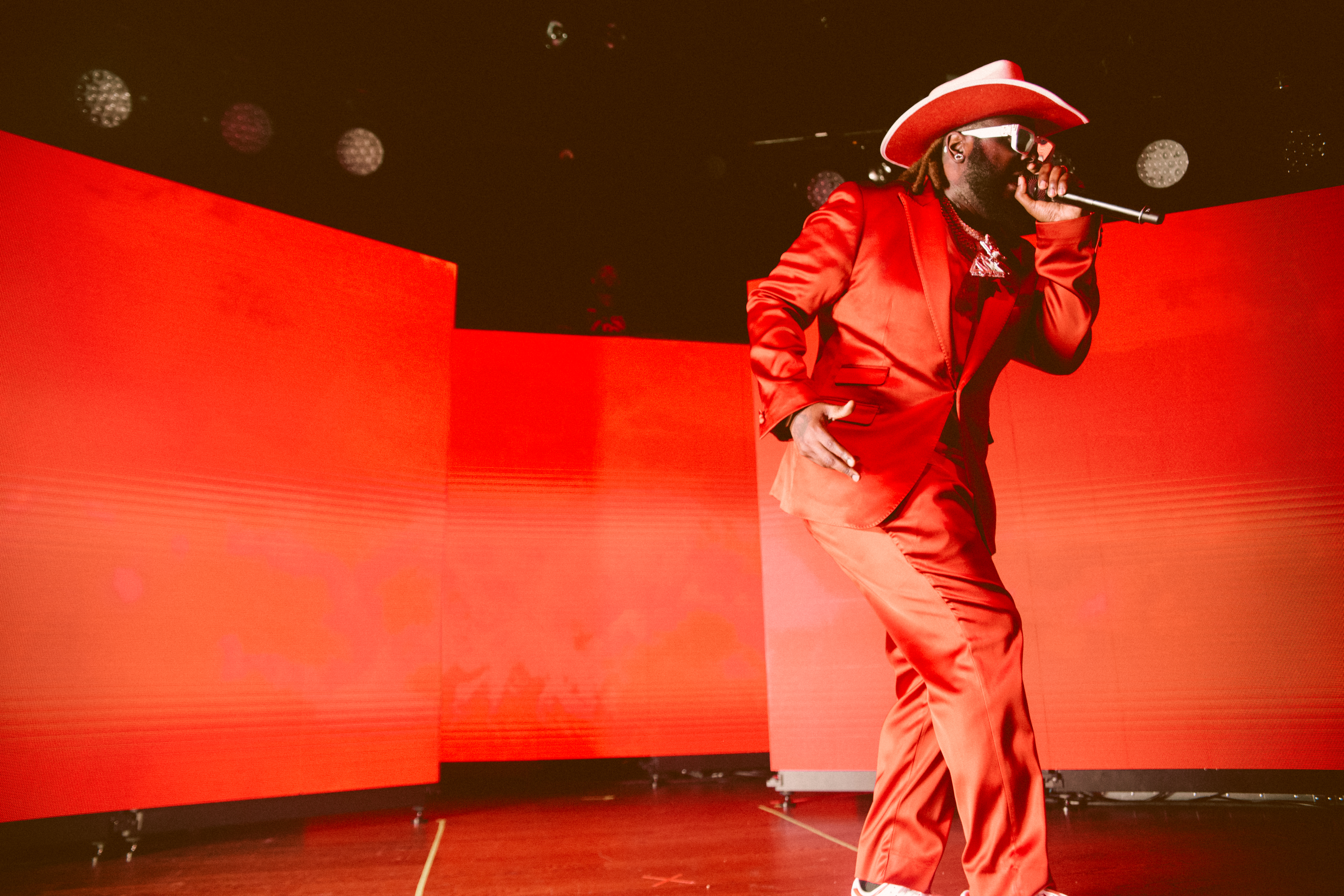 T-Pain for me is one of those artists you’ve seen a lot, but not really on purpose; joining the likes of Wiz Khalifa (every year at Jones Beach), Busta Rhymes, and Pierce The Veil on my list. So when I saw the admat for the “Road To Wiscansin” tour, I knew I had to be there.

I’d say it’s pretty hard to motivate people to move on a Tuesday, it’s too far from both sides of a weekend to get people going, but the second T-Pain took the stage it might as well have been Friday night. One of my favorite things about seeing him is that every song he plays you think is the biggest banger; and then he plays another one. He has a never ending rolodex of hits and features on hits to keep you saying “oh my god I haven’t heard this in forever” all night long. He kicked it off with a steady medley of some of his best, and it really got the night started.

Party vibes aside, I could tell there was something particularly special about this show. Like I mentioned, I’ve seen him before, those were some festival and college shows, and I feel like you know what to expect there, but this felt much more intimate. It felt like he was playing just for you to have a good time, and he made it a point to focus on people out in the crowd. Then, he let us know that this was his first independent show. He mentioned he wasn’t able to sell tickets on his last tour which was pretty shocking to hear considering how high up in the music world he truly is, and that looking out on a sold out crowd in New York was a validating moment. It was palpable how important this was to him and the crowd combined. I think people write off artists like T-Pain as a show you go to to get trashed and party and not really pay attention, but he had everyone locked in. I know for me the show had a little more meaning after that than just to have a good time.

You don’t think about how to support artists as big as T-Pain on a person to person level. We think “of course they’re good they have a whole team behind them and they’re household names, whether I stream or buy a shirt or a ticket doesn’t do much, they’re fine,” but I think this goes to show how much of an impact you have as a fan, regardless of how the artist is perceived. I’m definitely going to see T-Pain again next time he comes around, but now with a little more purpose. Check out some of the shots from the show below!