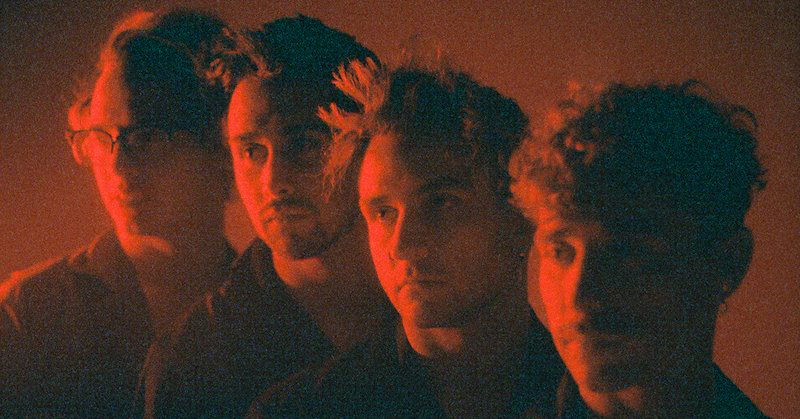 The Wrecks are back with their sophomore album titled Sonder. According to The Dictionary of Obscure Sorrows by John Koenig, Sonder translates to the “profound feeling of realizing that everyone, including strangers passing in the street, has a life as complex as one’s own.” Additionally, Sonder is also the name of the opening track on the album. The song is an electrifying track that kicks off the album with a bang.

The new album also features previously released singles “I Love This Part,” “Where Are You Now” and “Lone Survivor.” Like these singles, the rest of the album revolves around stages of going through a breakup. “I wrote this album because I had to,” says vocalist/producer Nick Anderson. “I was slowly and poorly processing a breakup, and for a while there, the breakup was winning. At some point the tables turned and the breakup became everything I’ve needed for the last two years to write music that I was proud of and was true to me as a writer and to the progress of our band.”

The record includes some insane genre-bending tracks like “Don’t Be Scared,” “Unholy,” and “Ugly Side.” Anderson’s vocals on “Unholy” will likely send chills down your spine on your first listen of the track. Other notable songs include “Dystopia,”  in which the band really lets their rock influence shine. Anderson breaks our hearts even more with their alt-rock love/loss ballad “Unrequited” singing “unrequited love makes the heart grow fonder.” The band continues to pull on our heartstrings even more with the track “Normal” which discusses the feelings felt after going through a rough breakup.

The album closes out on a lighter note with their song “Lone Survivor” which is an anthemic pop-infused track that centers around the feeling of independence following a breakup. You can tell by listening to this album that The Wrecks have evolved and have more of a mature and angstier sound especially when looking back to their 2020 debut Infinitely Ordinary. Sonder is available everywhere you listen to music today, and you can also catch The Wrecks on tour right now on their ‘Better Than Ever’ Tour.