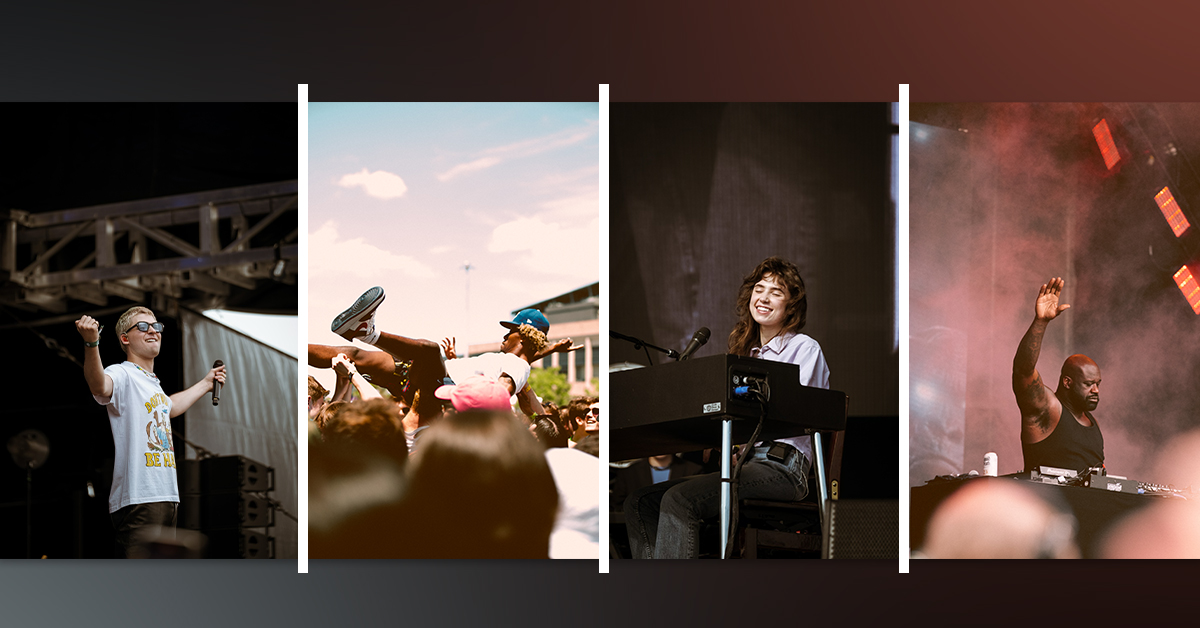 New York City’s favorite festival felt like it was back at its roots this past weekend. The Governors Ball Music Festival, also known as Gov Ball, went back to its original time slot of being in the beginning of June and although the festival made its return to Citi Field over Randalls Island, it felt right.

Gov Ball previously hit the home of the New York Mets this past fall for the first time, when they festival made its triumphant return post-NYC lockdown. Although the festival had a great comeback, it still didn’t feel complete; that is, until now. Things like partner activations and even the simplicity of genuine kindness brought by the security team made this year’s festival even better.

Of course, of course, we need to discuss the lineup. The 11th edition of the festival had a slightly smaller, but impactful lineup, with Kid Cudi, Halsey and J. Cole as headliners. Despite having some fan favorites, there was definitely some mishap, as Migos pulled out a few days before the festival, leaving Lil Wayne to replace them and then Wayne pulling out day of but luckily, A$AP Ferg was able to save the day. An even bigger mishap has to be the fact that Roddy Ricch thought it would be ok to try to bring a loaded gun into the festival prior to his set on Saturday. Fortunately, the great security team caught it before he could proceed to his main stage performance.

A special highlight, one we similarly mentioned in our 2018 recap, is that Halsey’s career kicked off the same day they attended the festival in 2014, when they signed their first record deal. From attending the festival to now being one of the headliners at a festival in their hometown, it was a true full circle moment. To honor this special moment, the multi-platinum selling pop star debuted their latest track, “So Good,” live for the very first time, as well as covered Kate Bush‘s “Running Up That Hill (A Deal With God).”

Some other noteworthy sets were by upcoming artists Blu DeTiger, Samia, Valley and Paris Texas. Keep an eye on those artists, as they’re bound to have their careers skyrocket in the next year.

A set that quite literally everyone ran over to was Diesel AKA Shaquille O’Neal. Something unexpected of his DJ set was that the former basketball player had a soft spot for some some rock hits, such as Linkin Park‘s “Numb” and Panic! at the Disco‘s “I Write Sins Not Tragedies” and constantly asked for mosh pits. Never considered seeing Shaq DJ before but next time he’s in town, we will most definitely be there.

When taking a break from the music, we were in BACARDí‘s CASA BACARDí sipping on some fun drinks in custom BACARDÍ x Governors Ball cups. One of our favorite drinks was the Gov Ball Punch. Didn’t get it at the fest? No worries, the recipe is below to make it at home!

Method: Add BACARDÍ Coconut Flavored Rum, passionfruit syrup and lime juice to a shaker with ice. Shake vigorously and strain into a highball glass filled with ice and top with soda water. Gently stir to combine ingredients and garnish with a lime wedge or wheel.

On Saturday, when it unexpectedly rained, OGX helped save the day by fixing up our hair! The lifesavers, I mean, the amazing OGX hairstylists, brought a ’90s pop vibe to the the festival, with all pink pop girl decor to little butterfly hair clips and a hair crimper.

Between all of the food, activations and performances, we truly needed to be at the festival from beginning to end. Although there may have been some chaotic moments, it does feel like life has been returning to a bit more of a normalcy with the help of this festival. With the craziness of what’s going on in the world, it’s great to unwind at a festival like this, especially because it was the safest we’ve felt at one in a while. Security was beyond kind, constantly asking how we were and passing out water bottles. Prior to Jack Harlow‘s set, security was throwing water packets into the crowd for fans. Were they throwing the water because they knew fans would get overwhelmed by seeing Missionary Jack in person or for safety reasons? That we will never know, but regardless, we are still grateful for it.

Here’s to 2023, where the festival can continue in the right path and become even better than this edition. Hopefully next year follows this year’s streak of almost perfect weather and no festival delays or cancellations! For more artists photos, check out our photo gallery here!