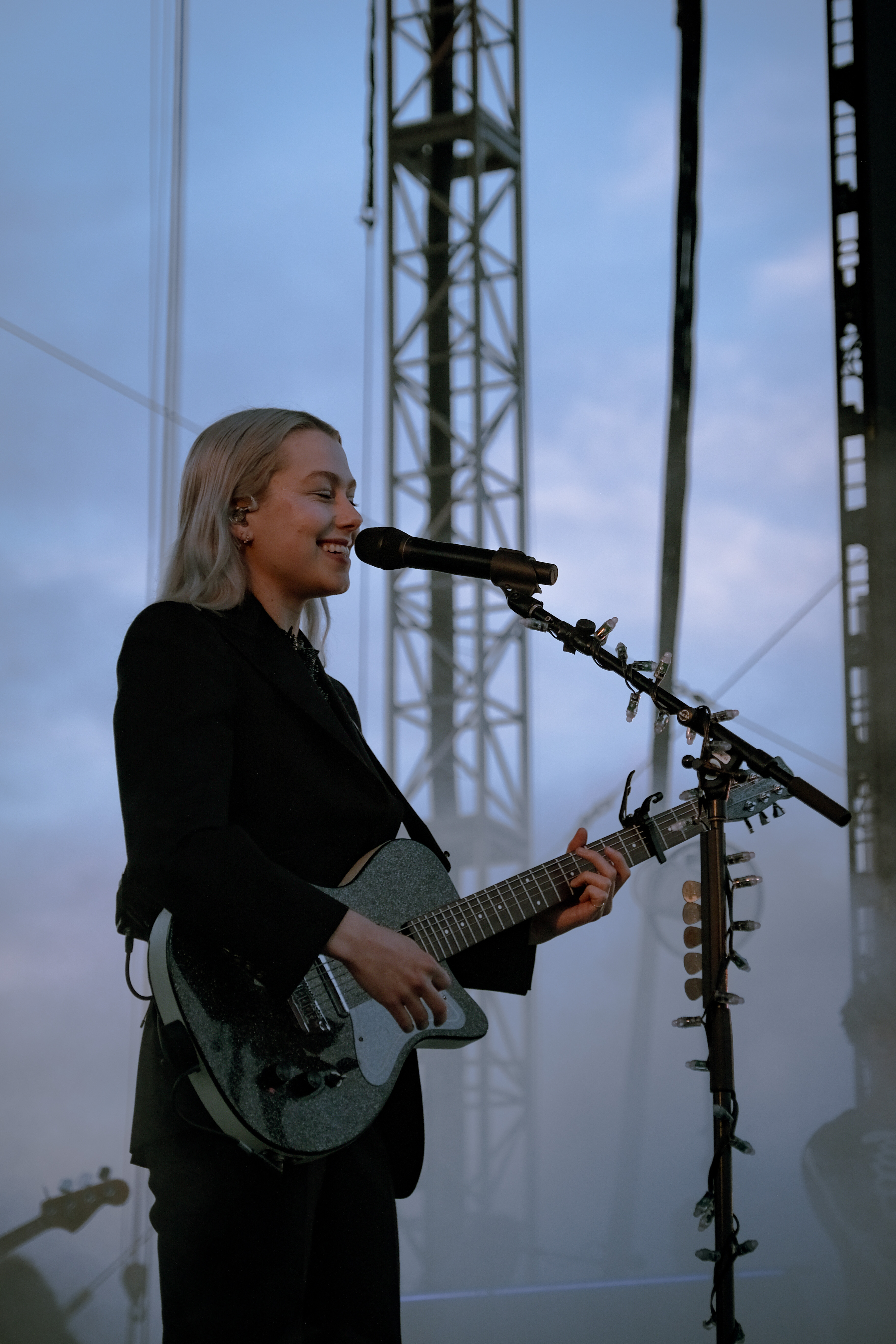 This past Monday, the sun was out and the air was hot in Asbury Park, but that was no match for Phoebe Bridgers’ fans, who spent all day camped out on 1st Ave – stretching further as the day went on – waiting to be let into the Stone Pony Summer Stage. The iconic outdoor venue, across the street from the ocean, set the perfect ambiance for a sold out show full of beautiful, sad songs on an early summer night.

The intensity of the crowd was a true testament to how much Bridgers has grown over the past few years. A fan in the front row held a sign stating she’d been waiting for 20 hours to claim a spot on the center barricade. Midway through her set, Bridgers mentioned that the last time she played Asbury Park it was at “some bowling alley” – her 2018 show at the 700 cap Asbury Lanes a few blocks away being a far cry from Monday’s immediately sold out 3,000+ cap Summer Stage show.

Bridgers and her band took the stage with “Motion Sickness” off of 2017’s Stranger in the Alps – her band dressed in skeleton suits behind a thick cloud of fog. The 90 minute set saw the singer make her way through the entirety of 2020’s Punisher – with a few older, and one newer – songs sprinkled in between. The sea of fans sang their hearts out to tunes about love, loss, grief, and hope together – a mixture of quiet, somber moments and loud, scream-your-face-off opportunities. Bridgers even shared the mic with a fan who, through tears, got to sing a line of “Scott Street.” During her encore she opted for a Bruce Spingsteen cover of “Stolen Car” – a choice which was obviously well received.

Summer Stage shows are community affairs. The sound from the stage carries through the air for blocks and blocks. Anyone walking down the boardwalk, or taking a stroll through town, can catch a glimpse of what’s going on behind those walls. All night there were groups of onlookers peeking into the show through gaps between fences, watching from parking lots and balconies, and lounged on beach chairs across the street getting their own show for free.

On her latest release, “Sidelines,” Bridgers sings “I used to think you could hear the ocean in a seashell – what a childish thing.” Maybe you can’t, but on Monday night the ocean sure could hear Phoebe Bridgers – and why she’s gained as much traction as she has – loud and clear.

Check out some photos from the show below.