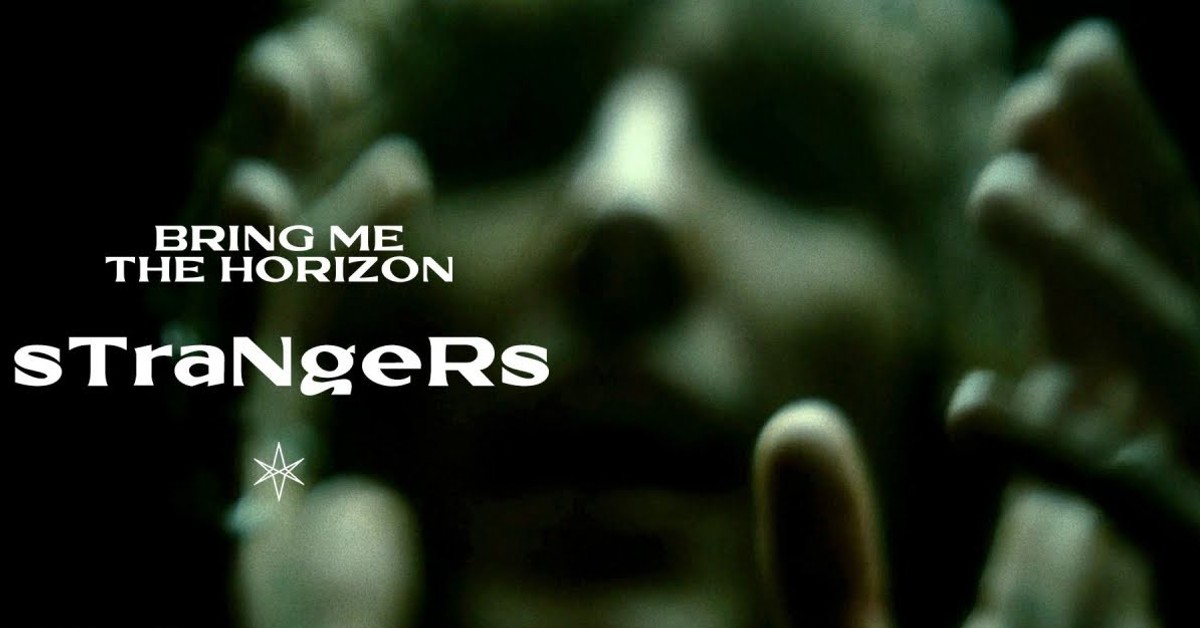 Bring Me The Horizon is constantly adapting their sound and they never miss. The British group often shifts to fit trends, but still manages to make the music their own. Now, with pop culture taking inspiration from 2000s styles, it was about time BMTH made a track with those influences. “Strangers,” the band’s newest single, takes lyrical and instrumental influences from groups like Story of The Year, early 30 Seconds To Mars, and even a bit of Linkin Park. This genre fits well with Bring Me The Horizon’s sound. Plus, they’re able to put their own electronic-metal spin to it.

Lyrically, “Strangers” covers the topic of struggling with mental health. Right away, the song opens with heavy hitting lines; “Maybe I’ll just be fucked up forever, should have figured myself out by now.” It’s seemingly harsh, but many of us feel that finding a solution should be easier than it is. But when we make progress we’re proud. That’s where verses like, “We dragged ourselves through hell And we’ll be damned if we go back,” are powerful. Sure, it sounds like “Strangers” is the perfect song for an angsty teenager, but even adults listening know that mental health is a journey. We can still feel the struggle, but have songs that help ease the pain.

Sonically, “Strangers” leans more into pop-punk and alt rock territory than some of Bring Me The Horizon’s previous projects. However, there’s still have some screaming, so it’s not a light track. It definitely has cleaner production compared to past, grittier tracks. Yet, it fits the 2000s influence they were going for. The best part is how clearly you can hear Oliver Sykes’s vocals. The emotions come flooding through your speakers. And the guitar and drums are strong throughout, keeping up with all the changes in dynamics.

Yes, “Strangers” may not appeal to Bring Me The Horizon’s heavier music fans. However, the track is perfect for those who appreciate 2000s rock influences. And it’s even better for younger fans discovering the band for the first time. Bring Me The Horizon continues to amaze us with the variety in their work. They can pull off most genres and still make it uniquely theirs. We can’t wait to see the final project “Strangers” will likely be apart of!

Back in November of 2020, late on a Saturday night, Bleachers – who hadn’t released any new music in over two years – tweeted a phone number. Fans dialed it, and what was waiting on the other end of the line was a clip of a song never heard before. It could have been that…