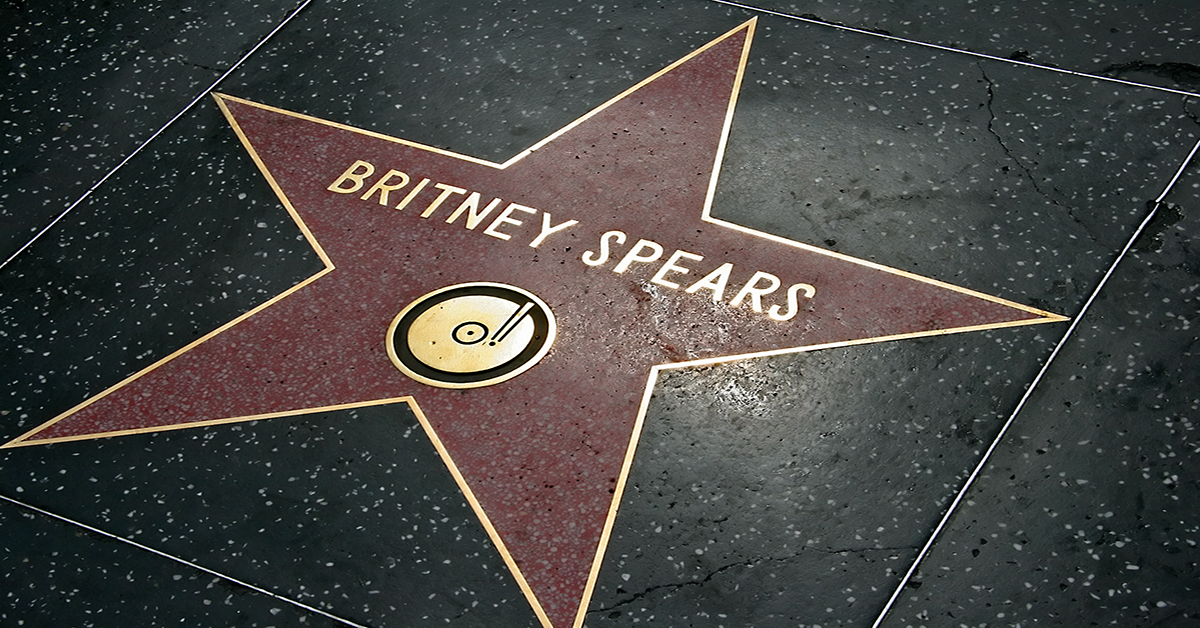 Since its conception in 1960, iconic artists and performers from radio to silver screen have dreamt of having a star on the Hollywood Walk of Fame. It’s a stellar achievement, but how long does it really take? A recent study by Giggster gave new insight on this question for some of our favorite recording artists of the late 90s and early 2000s.

The fastest to earn Hollywood Walk of Fame stardom is Y2K’s queen of pop Britney Spears. Spears earned her star just 4 years after her first release …Baby One More Time (1999). Achieving this so early in her career is definitely rare, and the support from her fans throughout her career and personal life post-star (awarded in 2003) has only strengthened. Fans even used the sidewalk star as a platform to raise awareness of the #FreeBritney movement by placing signage and flowers near her name. And wearing a fuzzy pink outfit to match her new star on award day? It’s no wonder Britney fans are so fierce.

In close succession to the number one spot is mega talent Jennifer Hudson. Hudson had already stolen hearts on season 3 of American Idol AND won an Oscar for her iconic role in Dreamgirls by the age of 25. It wasn’t until the following year (2008) that Hudson released her first solo album. She was awarded her star just 5 years later! At her ceremony in 2013, Hudson debut a stylish new hairstyle and a timeless white dress for the occasion.

The third fastest honoree spot belongs to beloved girl group Destiny’s Child. Founding members Beyonce Knowles Carter, Kelly Rowland, LaTavia Roberson and LeToya Luckett (a quartet at the time), had been performing together for years. However, their career moved hot and fast after signing to Colombia records in 1997. The group underwent some changes, including a new name and lineup (welcome Michelle Williams!). By 2006, the group was immortalized in pink and gold. That’s a busy 8 years! Check out how cute these baby starlets looked on the red carpet.

Next up is explosive pop princess Christina Aguilera taking the top 4 spot. After releasing her self titled debut album in 1999, Aguilera launched to stardom in the public eye. After 3 Billboard Hot 100 singles from her first album alone, plus winning a Grammy less than a year later, Aguilera was a certified teen icon. It’s hard to believe it took 11 years for the Hollywood Walk of Fame to honor the singer-songwriter in 2003. The artist was beaming on her well deserved award day.