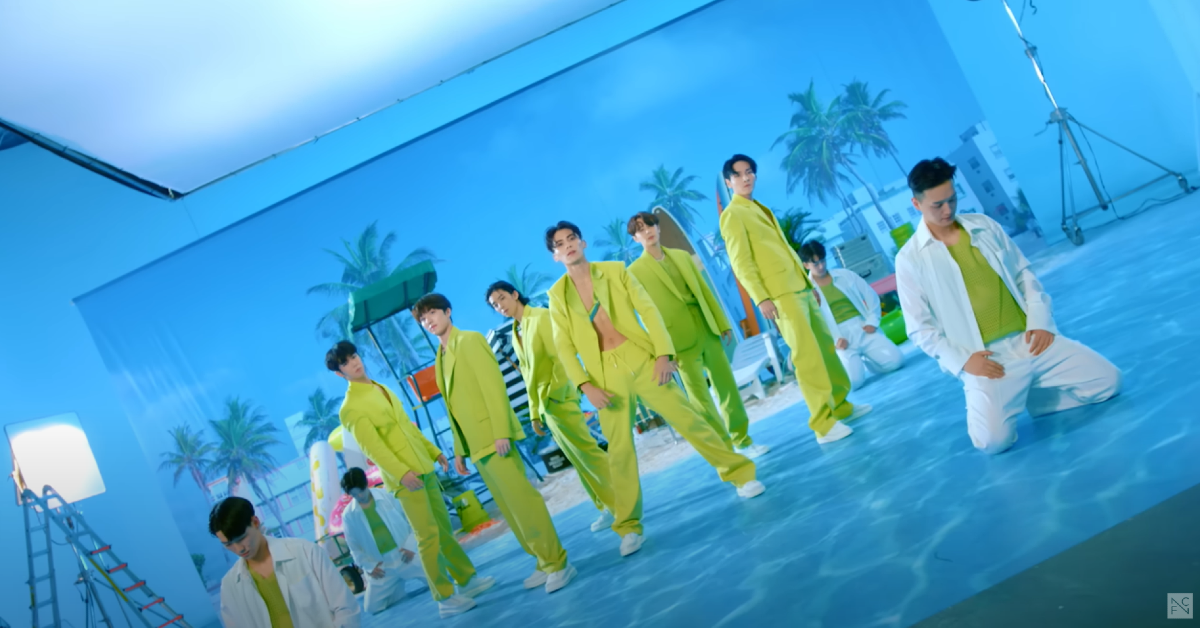 SF9 are back with a new album just in time for summer! The boy group has just dropped their 11th mini album THE WAVE OF9, led by the upbeat and beach-ready track “Scream.”

“Scream” doesn’t waste any time setting the mood, with RnB smoothness and excellent synths full of bass. SF9 are known for their moodier and darker tracks, so it’s refreshing to see them embrace the sunshine again with this lively arrangement. The track does a great job of accentuating the performances of the members, with synths swelling on certain words, adding more impact. The synths in the chorus are particularly engaging,

The members are in top form for this track. Their vocals float effortlessly over the dance beats and synths. The transitions between singing and rapping are seamlessly done with no sudden breaks or transitions. The emphasis on showcasing the members’ rapping on the song is a nice touch and makes the song stand out from the norm, where singing is usually the lead.

Lyrically, the song is interesting, to say the least. Despite the innocent and poppy vibe, the lyrics are definitely suggestive. With words like “cream” repeated in the chorus and the line “Blow my whistle,” the song teeters on the edge of being cheesy and a bit raunchy, but the production keeps it in check and showcases some of the best elements in pop and dance music.

Despite the cliched innuendos, t’s always nice to see artists not take themselves too seriously with a release and just have fun with it, and SF9 sound like they’re having a blast performing this song. “Scream” is a breath of fresh air, perfect for the season. Even though it’s definitely meant to be a track for the summer, it is a song that would be at home on anyone’s hype-building playlist.