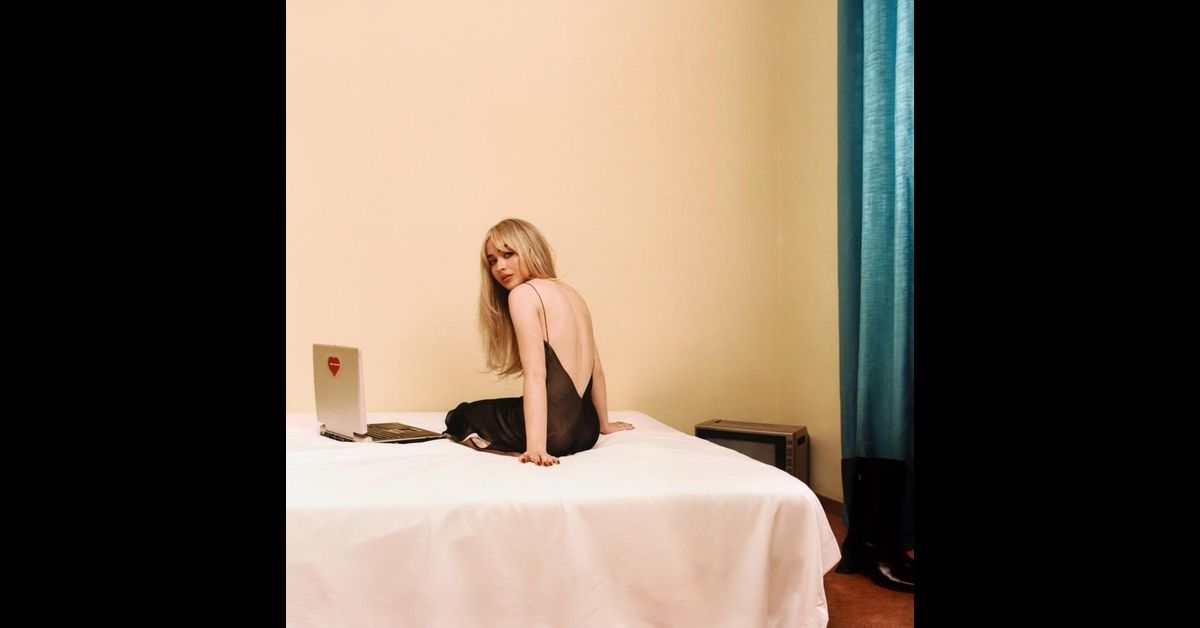 Rodrigo’s insanely successful follow-up album Sour delved into the pain of her breakup with Basset and her insecurity at losing her to another, older woman, with some not-so-subtle references to 22-year-old Carpenter.

The love triangle drama heated up further when, in true Disney fashion, both Bassett and Carpenter quickly released follow-up singles addressing Olivia’s accusations. Bassett’s “Lie, Lie, Lie” took digs at a former friend who he thought he could trust. Meanwhile, Sabrina Carpenter fired back in her 2021 single “My Skin” which contained many direct references to Rodrigo’s song.

Lines like, “Maybe you didn’t mean it/Maybe blonde was the only rhyme,” and “Don’t drive yourself insane,” were seen by many at the time as Carpenter calling out Rodrigo and rubbing the relationship in her face.  However, Sabrina Carpenter’s new album, emails i can’t send, released July 15, shines a new perspective on the backlash and scrutiny she faced from the public.

As a former child actress, Sabrina’s no stranger to attention and the struggles of forging a personal identity. Her 2018 song “Sue Me” cheekily mixed metaphors about a girl flirting and doing what she wants with a literal lawsuit she was facing from her ex-managers at the time over music royalties. Clearly, Sabrina isn’t afraid to turn real-life drama into inspiration for her creative projects, and that approach shines through every track of this latest album release.

emails i can’t send deviate from her usual upbeat and confident bangers into more introspective, soft bedroom pop ballads that show a deeper look into her own (now ended) relationship with Joshua Basset. On the second track, “Viscious,” she describes how she was villanized for “stealing” another woman’s boyfriend and hurt that her partner wouldn’t publicly stand up for her. Carpenter laments, “You’re lucky I’m a private person/I’ve quietly carried your burden/And everyone thinks you’re an angel/ But shit, I would probably use different wording.”

Unlike “My Skin’s” reactionary lyrics, “Vicious” paints the image of someone who’s grown and reflected on how difficult it is to maintain a relationship as a celebrity. Our culture needs to move away from pitting women against each other in a fight for a man, and hold men responsible for their own choices.

Sabrina didn’t “steal” Joshua, they both fell for each other and began dating after he ended things with Rodrigo. The new album tells the other side of the story we got from Olivia on Sour. Rather than a scheming temptress in love with another girl’s guy, Sabrina shows her love for a guy was constantly at odds with the damage that their relationship was doing to her career. And ultimately, the relationship was doomed to fail. Songs like “Bad for Business,” break down how difficult it was to balance a public persona and private feelings, especially in your early 20s!

Nowhere is the aftermath of the “Driver’s License” fiasco laid out more clearly than in the album’s most recent single, “because i liked a boy.”

Lyrics like “Fell so deeply into it/it was all so innocent/ now I’m a homewrecker/I’m a slut/ I’ve got death threats filling up semi-trucks” can be a bit too on the nose, but their sentiment of how society demonizes young female stars for their dating lives is a tale as old as time.

From the constant criticism hurled at stars like Taylor Swift for her “serial dating” to the cruel media coverage of Justin Timberlake’s and Britney Spears’ breakup in the early 2000s, the public loves to rake famous women over the coals for their dating lives (while not keeping this same energy for famous men.)

The styling cheekily has Carpenter lean into her “homewrecker” image while poking fun at the way people devote so much attention to who’s dating who in Hollywood. The music video in essence puts Sabrina at the center of a literal media circus. Again, this album is anything but subtle.

The biggest problem with emails i can’t send is that it isn’t a very memorable album in terms of hooks or catchy beats. Unlike her previous pop records, which produced a few standouts like “Looking at Me” and “Thumbs,” many of these new songs blend softly from one to the next. It’s an introspective record that is focused more on giving catharsis to its subject over trying to land on as many Top Summer Hits Spotify playlists as possible.

The production is stripped back and intimate, with a handful of songs concluding with Carpenter speaking to her producer or laughing in the recording studio. These little details are meant to showcase a more vulnerable and honest persona.

Overall, while emails i can’t send, likely won’t become the smash success that Sour was last year, it’s an important entry in this strange, pop star drama that will hopefully make people think twice before they participate in piling hate against a female celebrity. Often, a song or a Buzzfeed article only shows a fraction of the true story.