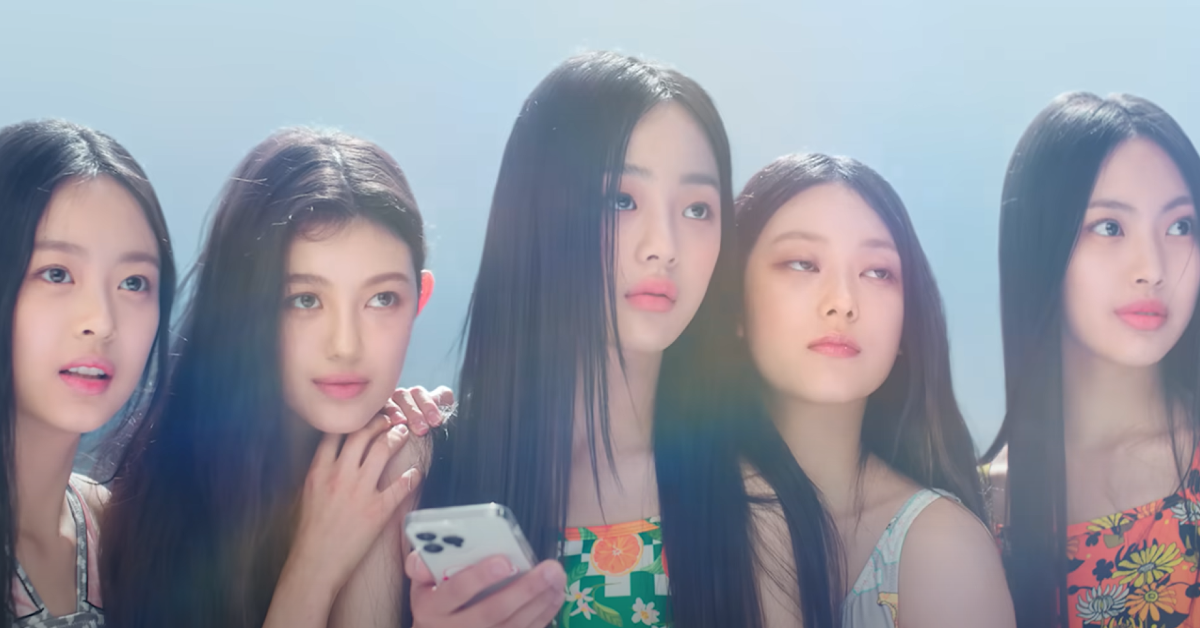 HYBE’s newest girl group NewJeans are continuing to build the hype surrounding their upcoming official debut! The group was founded by the label ADOR and its CEO Min Hee-Jin, the famous former creative director of SM Entertainment. Min has worked most notably with groups like f(x), SHINee, and EXO.

Even though their official debut date isn’t until August 1st, the group has been busy setting the internet alight with 3 debut singles, kicking things off with “Attention,” then “Hype Boy,” and now the single “Hurt.” This debut has been very unique in the K-pop world, with the group dropping the music video for “Attention” with no prior announcements, not even the name of the upcoming album, or the members’ names. Needless to say, listeners are excited to see everything these girls have to offer, and their newest single (as of July 25th) “Hurt” helps shows another side of the group.

Whereas “Attention” and “Hype Boy” were more energetic dance tracks that showed off the early 2000s pop concept NewJeans is going for, “Hurt” is very reminiscent of early 2000s singer-songwriters with strong coffeehouse vibes. With a steady drum and cymbal beat. The track is a relaxed and dreamy release. There are nice touches of clipped vocals in the background that add a nice extra layer to an otherwise simple track.

The main focus and purpose of this track was definitely to be a showcase for each member. The girls each get a moment in the spotlight. showing off their soft and airy vocals. Their voices all fit very well together, with enough differences in their tones that set each of them apart. The accompanying music video continues this showcase, with the camera showing close-ups of each member’s face as they sing the song. It’s a simple and effective way to draw viewers in.

Lyrically, the song tells the story of wanting a significant other to step up and make a choice regarding the relationship, because as the girls pointedly say, “I’m not gonna be the one to get hurt.” It’s a different take on the topic of ending relationships than what’s been popular in K-pop, which is usually a girl boss anthem, loud and boisterous. It’s a nice change, but the simplicity of the songs and the repetitiveness of the lyrics put the song on the edge of becoming a little too mundane. With that said, however, the track overall is a nice contrast to the two previously released tracks from the group.