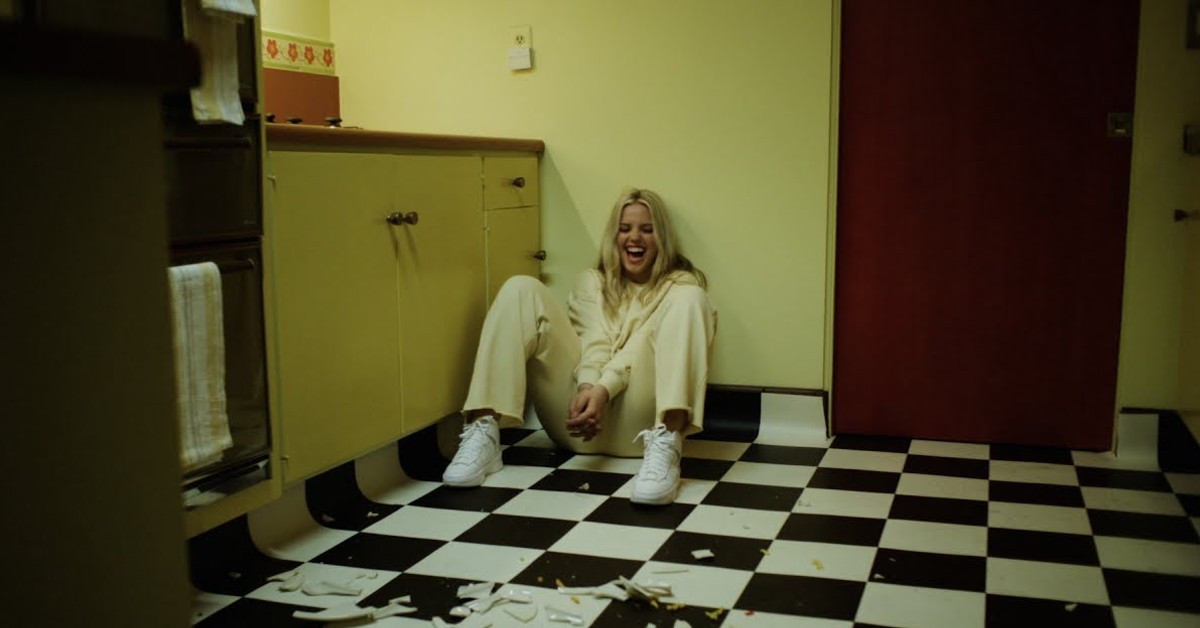 Reneé Rapp just released her second single ever and she’s already made one of the greatest breakup songs. “In The Kitchen” is Reneé’s follow up to “Tattoos” and we’re still blown away. Although the North Carolina singer has a Broadway background, her transition into mainstream music is strong. With a unique voice and knack for writing emotional lyrics, this is just the beginning for Reneé. “In The Kitchen” is powerful, heartfelt, and relatable. And with an incredibly made music video, we can’t get enough of this triple threat.

Yes, “In The Kitchen” is a breakup song, but it’s so much more. The lyrics showcase Reneé’s storytelling abilities. And damn, she’s a great writer. We’ve seen her perform in Mean Girls on Broadway and on TV in The Sex Lives Of College Girls. However, a new level of artistry is showcased through this song. “In The Kitchen” makes listeners feel as if they’re actually in the kitchen with Reneé going through the stages of grief. It’s also relatable in the way that doing even basic things after a breakup can be hard. The memories describes are so visceral you might end up crying too.

Musically, “In The Kitchen” is primarily just Reneé’s voice accompanied by a piano. This was a fantastic choice as it not only showcased her beautiful vocals, but also the fragility of the track. Production on the single was really smooth as you could hear every detail and emotion in the vocal work. Then, the accent of strings for the big ending crescendo was a masterful. A heart-wrenching yet somehow heartwarming piece from front to back.

And, there couldn’t be an amazing song without a mesmerizing music video. “In The Kitchen”‘s video showcases Reneé in a 1970s housewife setting. The retro kitchen and outfits are perfectly fitting. And as Reneé’s world begins to crumble, we have her dropping dinner, breaking the vacuum, and crying in hair rollers. We are truly getting a performance. It’s also the perfect setup for the song. With different scenes and outfits, the cinematography is truly on point.

Well, if it wasn’t obvious, we will be dramatically singing “In The Kitchen” for years to come. Reneé has a gorgeous voice and a knack for songwriting. If this is just a single, the potential album is going to destroy us (in a good way). Until then, we’ll be watching the music video over and over.