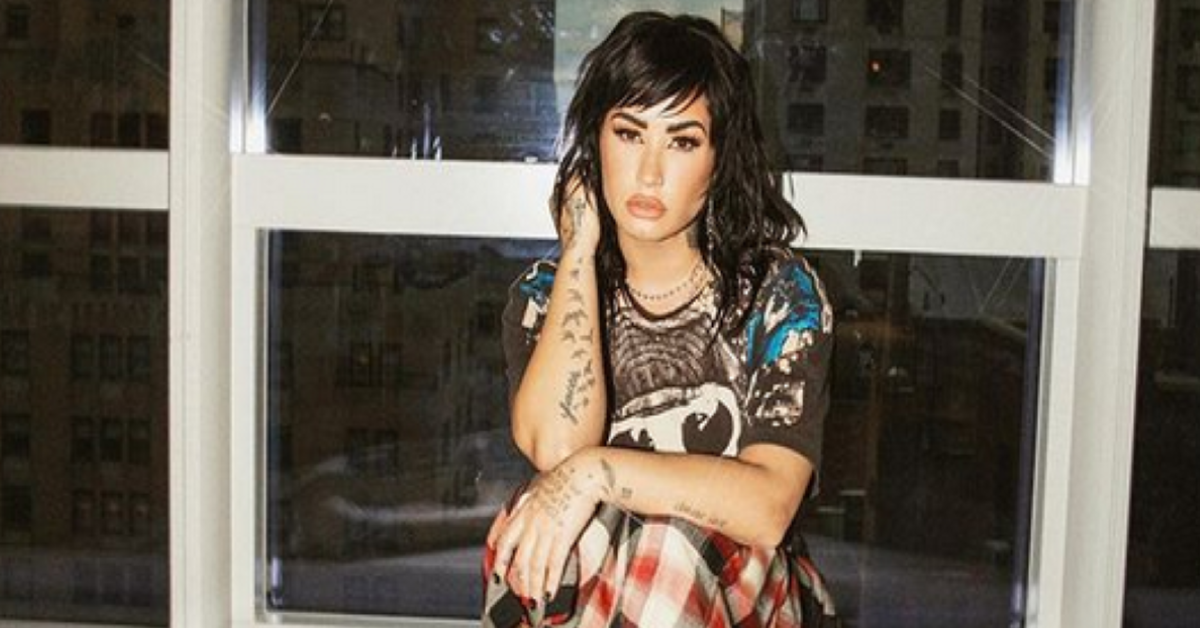 Last Friday “Cool For The Summer” singer, Demi Lovato, released her 8th studio album, HOLY FVCK. Amid massive hype for the record garnered between interviews, a tour announcement, and the single “29” going TikTok viral, the 30 year old star is pushing boundaries by reclaiming their roots.

Embracing the pop rock sound that launched her career, the singer leans deeply into a harsher guitar riffs and a grunge aesthetic to bring her vision to life. Going even heavier than her Disney Channel teetered stardom would’ve allowed with Don’t Forget. HOLY FVCK is the uncut adult version of Demi – sex, drugs, and rock n’ roll – finally let off the leash.

For a gentle ease into this new sound, “29,” “HAPPY ENDING,” “WASTED,” and “4 EVER 4 ME” are excellent appetizers to the darker meal that is this album. However, it’d be a mistake to think HOLY FVCK isn’t going to be Demi at her most brutal.

The intention is clear before you press play. Cover art set in a world of gothic reds and blacks. Demi is served up on a cross shaped mattress, presented to her audience. She’s posing, but she doesn’t really have a choice to do so. She’s in leather bindings, left in an incredibly vulnerable position. Symbolically, it’s the position she’s been in her entire career.

We’d been force fed, this very narrow and specific version of Demi Lovato since the early 2000’s. A version that even the star herself seemed to be crumbling into. This very metaphor is perpetuated on HOLY FVCK‘s 4th track “Eat Me.” Lovato doesn’t shy away from the concept of who she was supposed to be. As a matter of fact, she’s angry about it.

The song starts at a slower tempo. Much like the other songs on the album, they would’ve fit perfectly into a commercial for FX’s American Horror Story. It’s catchy, but deep and something feels ominously off. Until the beat kicks off and our beloved pop star is raging, “I know the part I’ve played before/I know the shit that I’ve ignored/I know the girl that you adored/She’s dead, it’s time to fucking mourn…I can’t spoon feed you anymore/You’ll have to eat me as I am.”

It then becomes abundantly clear that the story had been tilted in the wrong direction since the world first heard of her. Demi Lovato is not a popstar. They’re a fucking rockstar.

Gifted with a powerful voice, these heavy rock sounds marinate Demi’s vocals into a gut punch of feelings for the listener. The dysphoric sound of her effortless vocals anchor this album of self exploration. It’s darker, deeper, and realer.

It’s also exceedingly more fitting for the issues Demi has dealt with. With her past albums releases, there’s been a sense of turning over a new leaf. It’s been partnered with the narrative that ‘this is the real Demi’ and ‘that last album wasn’t who she is.’

Regardless of this spin, bits and pieces of each Demi album collect into a fuller, more fleshed out version of her and her history. The same story was amplified through HOLY FVCK‘s media release. However, this album does embrace a piece of her that she was never allowed to express before.

She doesn’t know if everything will be alright for her. Despite the fact that many look up to the star, for the first time she’s confessing that she doesn’t have all the answers. Not even for herself. As the song “HAPPY ENDING” puts it, “Am I gonna die trying to find my happy ending?/And will I ever know what it’s like to be fine without pretending.”

Demi embraces fluidity in away we’ve never seen the singer do before. Not just in the area of identity, but in terms of her addiction, mental health battles, and love life as well. It’s been heart warming, watching Lovato face the criticism that has been relentlessly thrown at her for years with her sense of self now stronger.

As recently as last month, the star received widespread backlash. For those who don’t recall, Demi publicly changed her pronouns to they/them in May 2021. In a recent Spout podcast she stated that she uses she/her pronouns again as well. Even though some internet trolls and media outlets did not handle it well, Lovato is done wasting her breath on their opinion. “I just don’t read it. It’s not important to me and there’s so many ignorant people on the internet — you can’t pay attention to them all.”

In their documentary, Dancing With The Devil- released in tandem with her last studio album- they admitted that the critiques of their life had them cracking under the pressure. It’s consistently reinforced that she didn’t ask for this and that having to be a perfect was a factor that lead to her 2018 overdose. And while this coinciding 7th studio album celebrated that fact that she made it out of a dark time alive, HOLY FVCK is more about learning to thrive than having to survive.

Her previous works were done under such an oppressive standard that had been set for her. This album is for who Demi Lovato is, rather than who she should be.

HOLY FVCK is a love letter to however and whoever she was in the moment of writing it. And like most love born relationships it’s filled with as much frustration and anger as appreciation and joy.