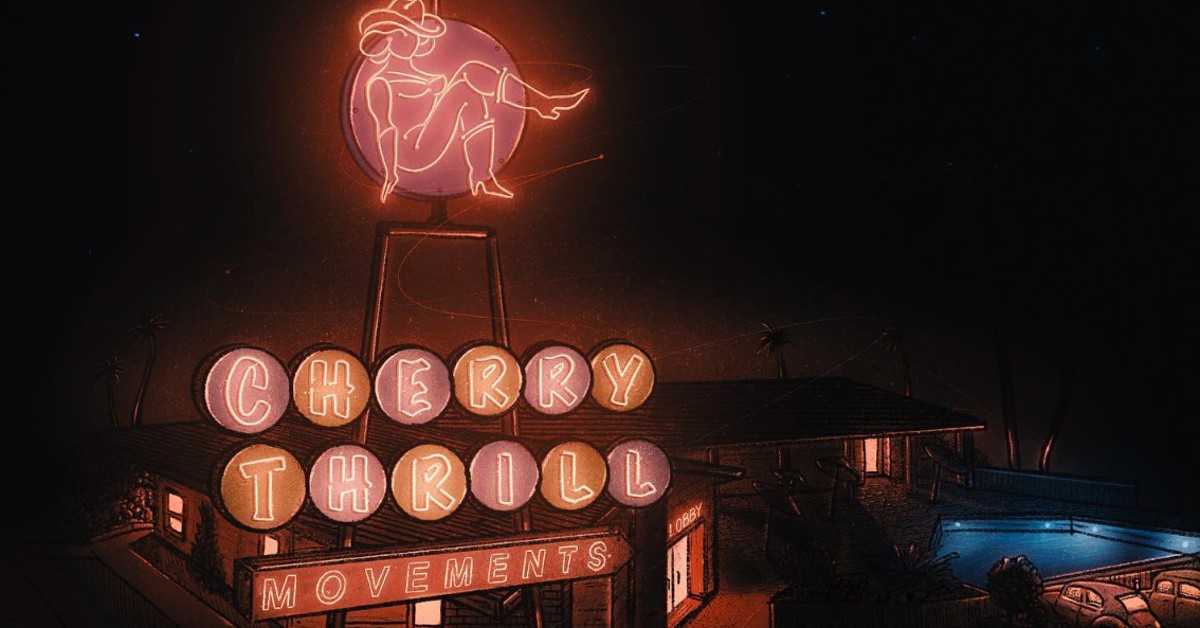 Movements has been putting listeners in their feels since starting in 2015. Now, the California band is blending emo and alternative genres with “Cherry Thrill,” their second single of 2022. The quartet got sexy and funky on this new track. With a smooth bass line and tantalizing lyrics, “Cherry Thrill” is sure to be a hit among new and old fans. The band has hinted at this being part of their upcoming album, so we can’t wait to see what else they have in store.

Lyrically, “Cherry Thrill” is about a spicy and thrilling romance. From setting fires to getaway cars, it’s intense but draws listeners in. It’s almost like an emo version of “Robbers” by The 1975. Lines such as, “Lips like lightning, skin so sweet Touch like fire but you’re so discreet. Fill my head with diamond rings Everyone else is dead to me,” bring you right into the story. The band truly has a talent with writing intricate and vivid lyrics. It’s amazing to see how much Movements has continued to grow as storytellers.

As for the instrumentation, “Cherry Thrill” is definitely taking Movements in a different direction from their past work. Instead of the more post-hardcore end of the emo revival, this track takes them in more of an alternative/indie direction. However, they are really making this new sound work as it still contains the elements that make them uniquely Movements. In particular, Austin Cressey kills it on the bass line that’s steadfast and jazzy throughout the track. Mixed with Patrick Miranda‘s cutting vocals, the instrument blend and smooth production will captivate any listener.

Overall, we’re loving the direction Movements is going in. “Cherry Thrill” might be unique in the band’s catalogue, yet it shows the band still has incredible talent when it comes to music writing. This single shows a great amount of growth and it seems like so far fans are enjoying the change of pace. Now, we can’t wait for the rest of the album. There’s sure to be a lot of emotions, hard-hitting lyrics, and enticing riffs.