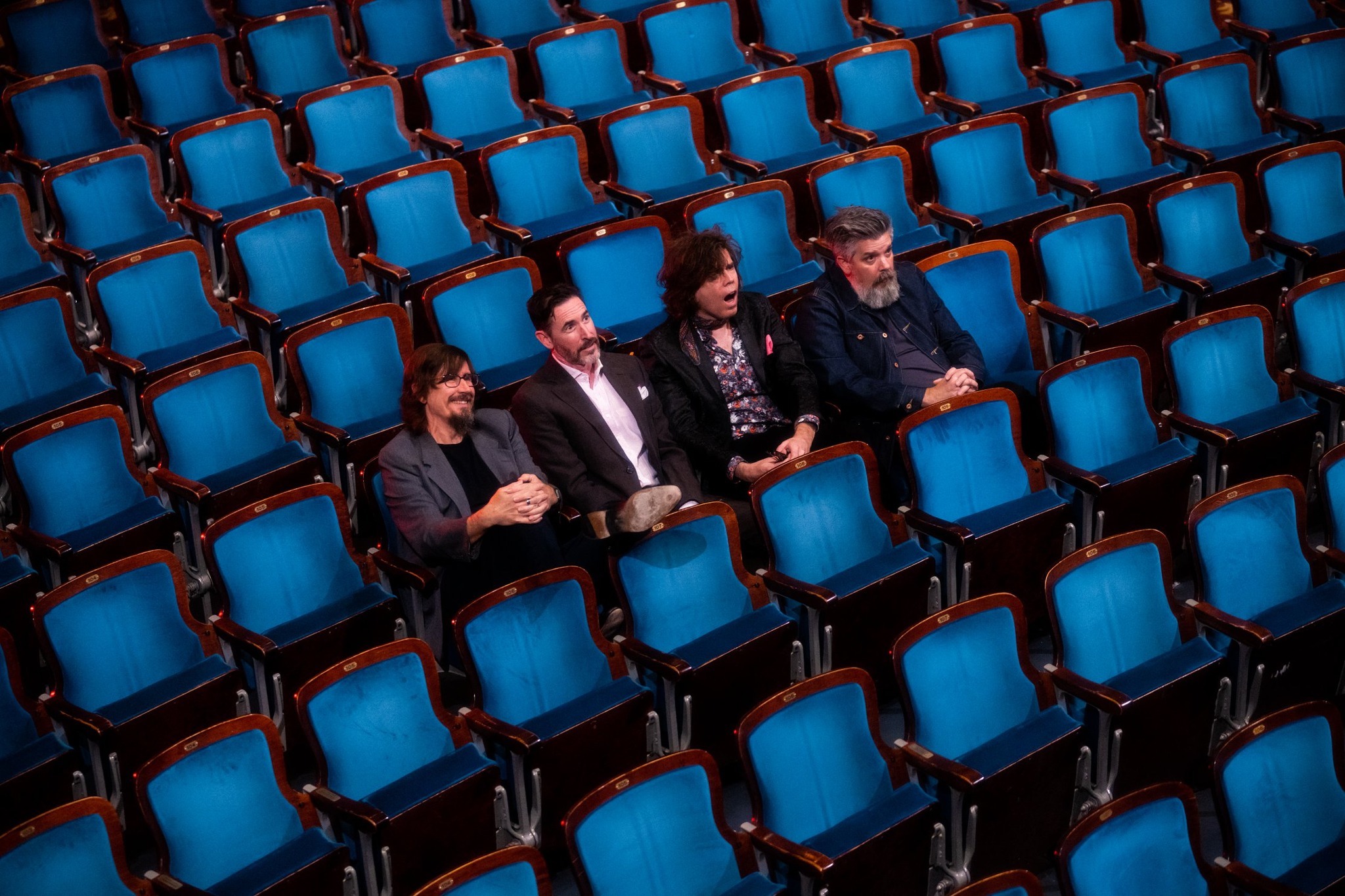 On August 19th, the Mountain Goats dropped their 21st studio album, Bleed Out. The Mountain Goats are known for their brutally honest songwriting, courtesy of lead singer John Darnielle, whose familiar voice connects the listener to the band’s previous 20 albums. But while remaining true to their sound, the album proves that the Mountain Goats still have new stories to tell.

The cover art looks like a scene out of a murder mystery–bloody bodies covered with sheets, with some detectives investigating the scene. From the first song, it’s easy to envision the album as a movie, with descriptive, vivid lyrics and tracks that grab the listener’s attention with acoustic guitar, driving percussion and even saxophone.

The album kicks off with “Training Montage,” which sounds exactly as the title suggests; it’s just like the moment in a movie when the hero redeems himself, with lyrics like “Everybody’s ready for justice/Just another mile to go.” The chorus elaborates on the motivation behind this montage: “I’m doing this for revenge/I’m doing this to try to stay true.” This vengeful attitude is carried out further in track’s like “Mark on You” and “Make You Suffer,” which both create scenes that could make the listener feel a bit uneasy, like any good action movie.

The album’s third track, “Wage Wars Get Rich Die Handsome” seems like precursor for other songs on the album which carry on a theme of war, like “Hostages” and “Need More Bandages.” “First Blood,” may even conjure up specific war movie visuals with references to Paul Kersey and John Rambo.

The album wraps up with the title track, “Bleed Out,” which feels like the death of a main character the listener has been following through the entire album. But there’s something different about this ending scene–the character seems aware of, accepting and even encouraging his demise. With the classic frankness of a Mountain Goats song, the album finishes with lines like “There won’t be any words of wisdom from me/Just a lake of blood for all the world to see,” bringing back the imagery from the album’s cover.

Bleed Out could introduce someone to the Mountain Goats’ unique sound, but also stands alone with its own musical and lyrical ideas. Despite having an enormous discography spanning 30 years, it is clear that the Mountain Goats have not exhausted their potential yet.