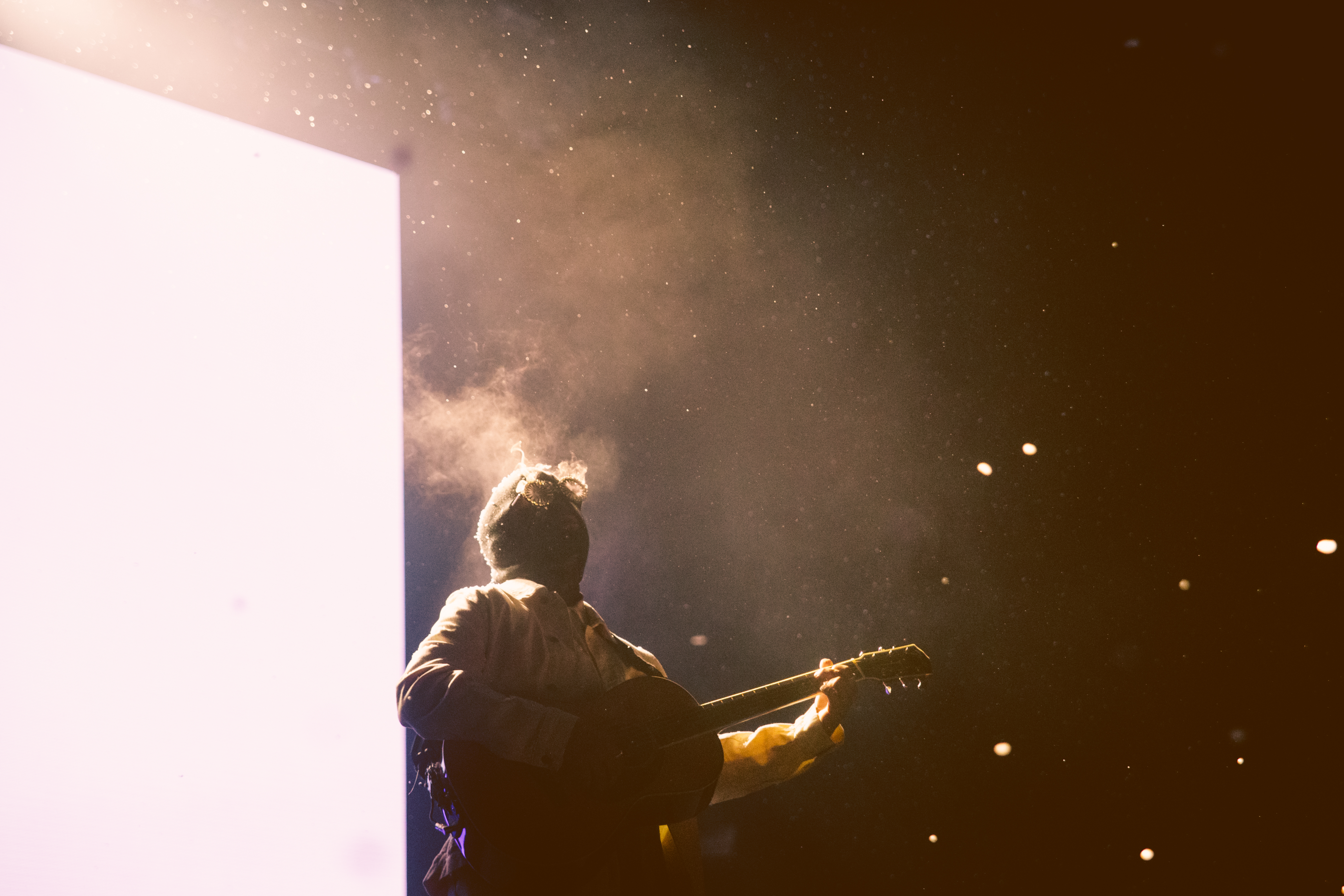 Whenever anyone wants to play the “Who Did You See Before They Blew Up” game, I’m very quick to answer. The first time I saw Twenty One Pilots was at a 1,500 capacity local venue, not sold out, on a Tuesday night in 2014. I think I paid a costly $20 and their set was 14 originals and a cover of “Mad World” by Tears for Fears. I’d seen the “Car Radio” music video on Tumblr and convinced a friend to join me mostly to see if they’d do any similar stunts live. We watched Tyler Joseph scale the walls of the building like they were the biggest band in the world, and the next time I’d see them, they would be. In just 4 years they’d gone from a secret for the Tumblr girls to international superstars. The next venue they played was Madison Square Garden, to a crowd 100x larger than the one I once saw.

I had the pleasure of catching their most recent Madison Square Garden show, showing me once again why they made such a drastic leap in following in such a short amount of time. MSG is a big building, it allows for a lot, and Twenty One Pilots used up every inch of space. Beginning on a massive mainstage and bouncing back and forth between a piano on the B-stage, a campfire on A, and even the stands, I don’t think there was any dead space in the whole venue. They kicked off their set with “Good Day,” “No Chances” and “Guns for Hands,” immediately letting us know there’d be something for everyone tonight. They didn’t shy away (pun intended) from their early releases, bringing us all the way back to their 2009 self titled album with songs like “Addict with a Pen” and mattress surfing through each of their following releases until they hit their most recent album, Scaled and Icy.

Though they may have fallen victim to the radio hit a few times over the years, I was very quickly reminded why I fell in love with them in the first place; their performance. Their energy was at a 10 the minute they walked out on stage until the minute they left. There’s something to be said about artists who make a larger than life production feel like an exclusive night in a small scale club, Twenty One Pilots is one of those artists. Catch them in your city and check out the gallery from the show below:

Holding on to You

The Hype / Nico and the Niners / Tear in My Heart

House of Gold / We Don’t Believe What’s on TV