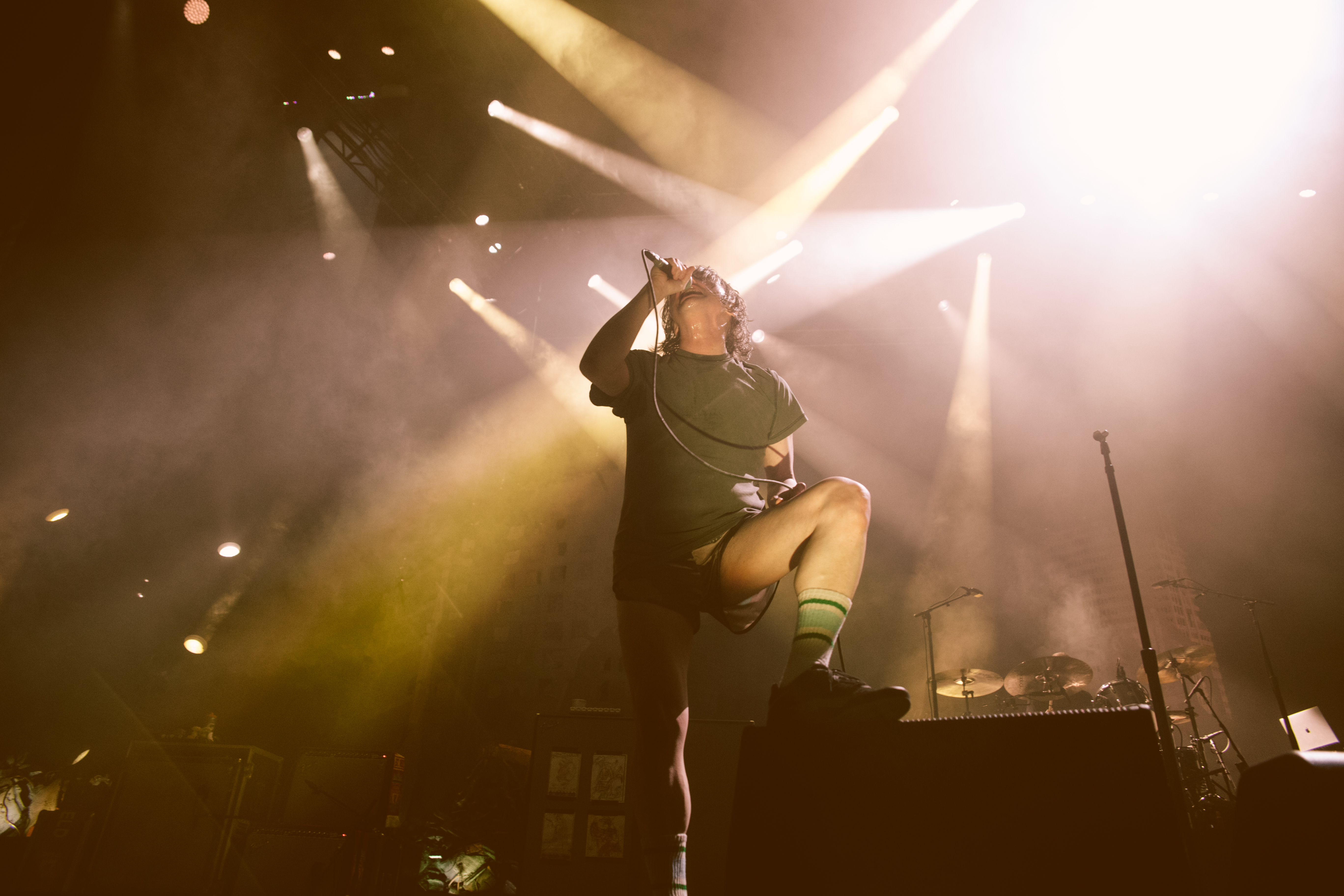 I was 10 years old when I heard The Black Parade for the first time. I can tell you exactly where I was, what I was doing, and how quickly I ran to my parents desktop to download it from Frostwire and give them a virus. I remember turning 13 and being told I can re-do my bedroom with whatever band posters I wanted, as long as they were in frames, and picking up Green Day, Fall Out Boy, and My Chemical Romance from FYE. I watched the “Helena,” “I Don’t Love You,” and “The Ghost of You” music videos every morning on MTV before school, completely and utterly enamored with each and every one. I attempted to gather a group to play a censored “Teenagers” for my middle school’s rock band club (awesome on it’s own, right?). I’m more than guilty of sharing my fair share of My Chem vs One Direction memes and dying my hair ultra-bright red to match Gerard [Way]’s Danger Days era looks. Through side-swept bangs and enough Hot Topic eyeliner to cover the walls of my room with their lyrics, it looked like My Chemical Romance existed to make kids like me feel seen.

I’ve been counting down days to their first New York show back ever since it got announced and on Saturday I had the honor of attending and photographing their return. As soon as I pulled into the venue parking lot, I was shown exactly how many fellow scene kids, former and current, feel the same way I did. As we were lead into the photo pit I was naturally overcome with anxiety and excitement. When this happens regularly I look to the crowd to chat, loosen up, share stories. That night I simply listened and watched. I looked out on what felt like a million faces that looked just like mine did then, some already overcome with emotion before they even hit the stage. There was an instant sense of community; we were part of something tonight, something that was never going to be replicated with the way the band’s been changing setlists every night. The lights dimmed, the swarm started buzzing, Gerard came out in camo booty shorts and a clear plastic mask, and we were off.

The unknown of what we were about to see was strangely comforting as the band finished the only consistent of the whole setlist, “Foundations of Decay,” and we dove directly into the chaos. “Na Na Na” and “Boy Division” immediately followed, and the band took us on a guided tour of every release. It’s hard to make a comeback after 10 years away and satisfy every type of fan in the room, especially with how drastically different each album era was, but MCR achieved it with ease. They played as if they’d never left the stage; it was completely natural. Their energy never dipped and neither did the crowd’s, making themselves known as the sixth member of the band. It’s difficult to decipher who’s performing for who at points, but the reality is it’s a mutual experience. Fans have been waiting 10 years to see them do their thing, and they’ve been waiting to show us how they’ve grown as musicians and performers. At one point between songs, Gerard delivered an all encompassing line about the night, stating, “The good news is you get My Chemical Romance, the bad news is – the BEST news is – you get My Chemical Romance.” It really was the best.

They say the music you like when you’re a teenager sticks with you, and I can pinpoint what I’ve carried from their music and videos throughout my professional, personal, and especially creative growth. Being able to see them as an adult and allow my own work to collide with theirs has been nothing short of a dream. If there’s any major takeaway from this from a personal standpoint, feed that inner teen and let them experience things through your eyes, you’ll get to do some really special things. From a review standpoint, go see My Chemical Romance, simple as that. Check out some shots from the show below: