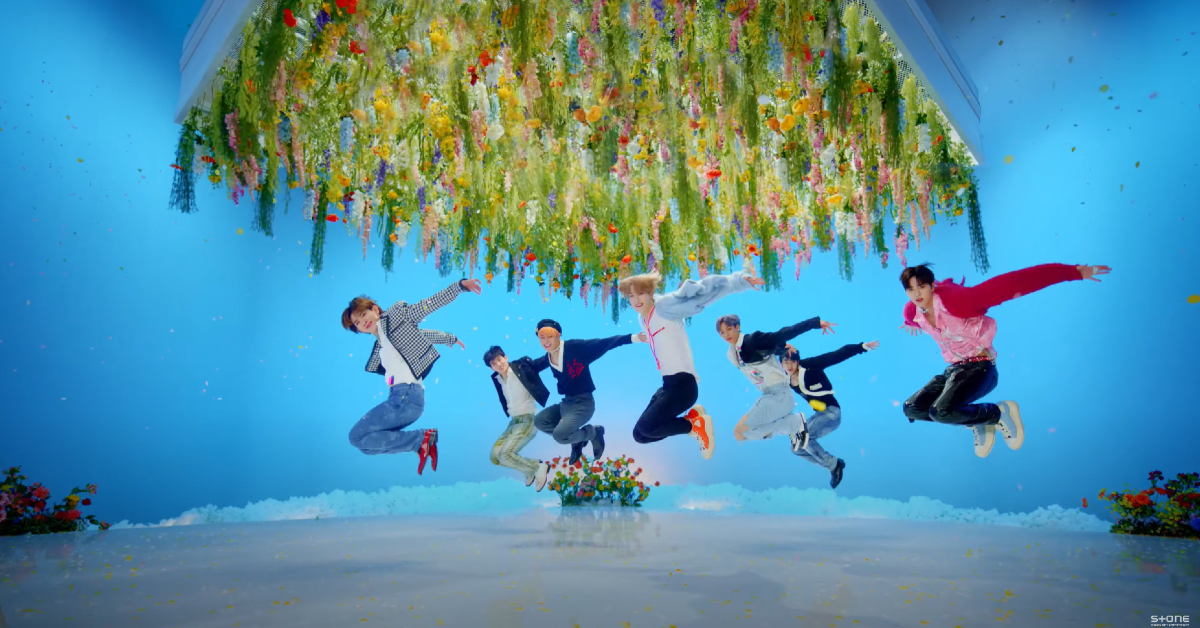 After making their debut with the mini album It’s ME, It’s We back in March, it looks like TEMPEST is eager to release even more music! The 7-member group has just dropped their 2nd mini album SHINING UP, and are continuing to show that they are a group to keep an eye on.

TEMPEST’s debut earlier this year was a refreshing change for K-Pop fans as the group focused more on feel-good vibes without being too bubblegum pop, instead of the popular route of hard-hitting hip-hop. The boy group continues this sound and cranks it up even more while making space to show their more sentimental side. Kicking the album off is “Young & Wild,” a track with tropical touches mixed with tearing guitar riffs. It’s a solid opening track, strong enough to grab attention while not giving everything away.

Thematically, the album focuses on sharing and creating beautiful memories with loved ones, while also celebrating oneself. The lyrics are a great mix of imagery conjuring and simplicity. “It doesn’t change if you pretend it’s not okay / It was small, we were a huge wind, new wave / I’ll make my paradise yeah/ We’ll make it, show you now,” the members declare in “Young & Wild.” It’s well-done pop songwriting without overdoing it. Vocally, the members definitely show more of what they are capable of. The vocalists go into their higher registers more often, and the rappers exude swagger. At this rate, it wouldn’t be surprising if the members continue to get better and better with each release.

The album definitely doesn’t shy away from the EDM influence, taking it even farther with the lead single “Can’t Stop Shining.” With a spacey vibe and funk bass, the track is a fun high-energy track as expected of a lead single. While it is the most “generic” sounding of the 4 tracks on this album, it’s still a fantastic execution of a crowd-pleasing dance track. The mood is switched up a bit with the next song “Only One Day,” a pop ballad offering. Like the other tracks on the album, it’s a great mix of EDM and traditional instruments, with this track featuring piano and guitar riffs. It’s an embrace of newer sounds while embracing sounds and arrangements that are comfy and familiar.

Ending the album on a high note is the song “Start Up,” a funky celebration that, as the boys nicely put in the chorus, “feels fantastic.” It’s a great sound to close things out; it gives a satisfying ending while also leaving listeners wanting more. That’s how it feels once finishing the album; happiness about listening to some great songs, while also looking forward to what Tempest will do next. It can be a daunting task for any artist to follow up a strong debut, and with SHINING UP, Tempest has once again shown their confidence and skill, continuing to shine brightly.