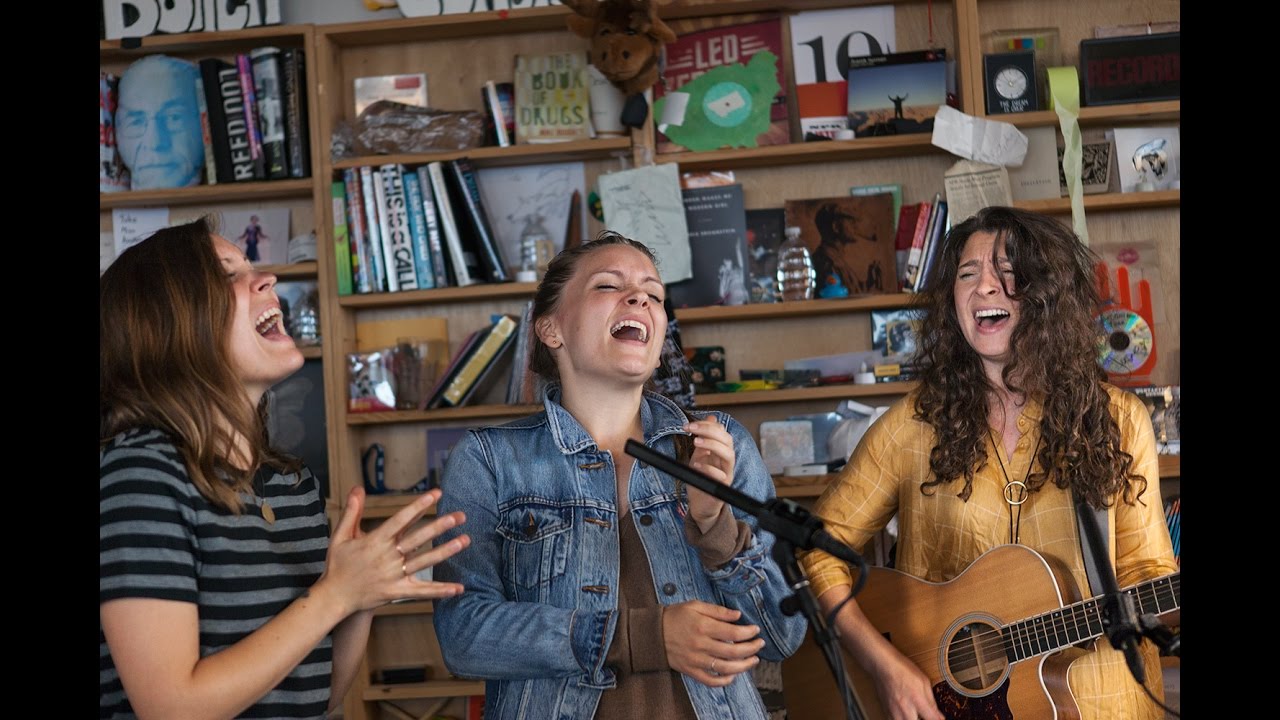 You know that theory about twins having some kind of magic mental connection where they can feel each other’s pain or make up secret languages? I’m still not sure I buy that, but after seeing Joseph the band performed two weeks ago, I’d say siblings definitely have an unfair advantage to create perfect harmonies.

Twins Allison and Meegan Closner and younger sister Natalie Closner Schepman created the folk band Joseph back in 2014 and have released three full albums and a series of EPs. Currently, Joseph is accompanying Y2K indie darlings The Shins on their Oh, Inverted World – The 21st Birthday Tour. From the crowd’s reaction to their sets each night, it’s clear Joseph has the star power to be much more than just an opening act.

While standing front row for The Shins show in Boston at The Roadrunner in August, I spotted multiple signs declaring love for the sisterly trio and overheard at least two different groups say they had come to the concert mostly for Joseph. They even shouted out the individual sisters’ names like they were rock stars. This buzzing excitement over the opener is unusual, to say the least. My interest was piqued and once Joseph did take the stage.

The three band members entered in all-white outfits topped by quilted corsets and paired with neon cowboy boots. The eclectic combination fits perfectly with their music style which feels like a mix of 1970s Fleetwood Mac, 90s Lilithfair rock chicks, and acoustic folk.

Their setup was stripped down and bare. In the 45-minute set, the only instruments played were by Natalie on guitar with an occasional stomp box mixed in. The minimal backing track let Joseph’s powerful vocals and tight harmonies shine and envelop the entire venue.

Opening with the soft, ethereal “Planets” drew the audience to a complete hush. They picked up the tempo a bit from there with the soulful “Canyon.” The two biggest crowd pleasers of the night were “Green Eyes” a brutally honest account of clinging desperately to an ending love and “White Flag,” a determined fight song about never giving up on life. Each of these songs crescendoed into belted high notes and vocal swells.

Joseph’s siren-like ability to create emotion through simple “oohs” and “ahs” was showcased even after their closing number, as the Shins invited them back on stage to add layers of backing vocals for the majority of their performance.

The extra harmonies add new life and whimsy to the classic Shins album tracks which was the perfect choice to keep a tour based on nostalgia still feeling fresh. A mix of old and new is Joseph in a nutshell. They bring the warmth of old-school female crooners mixed with a youthful, improvised quality. This is perhaps summed up best when Allison announced that their new song “Switch,” which was an emotional and bittersweet song about waiting for love was inspired by them “binging a lot of Love Island.”