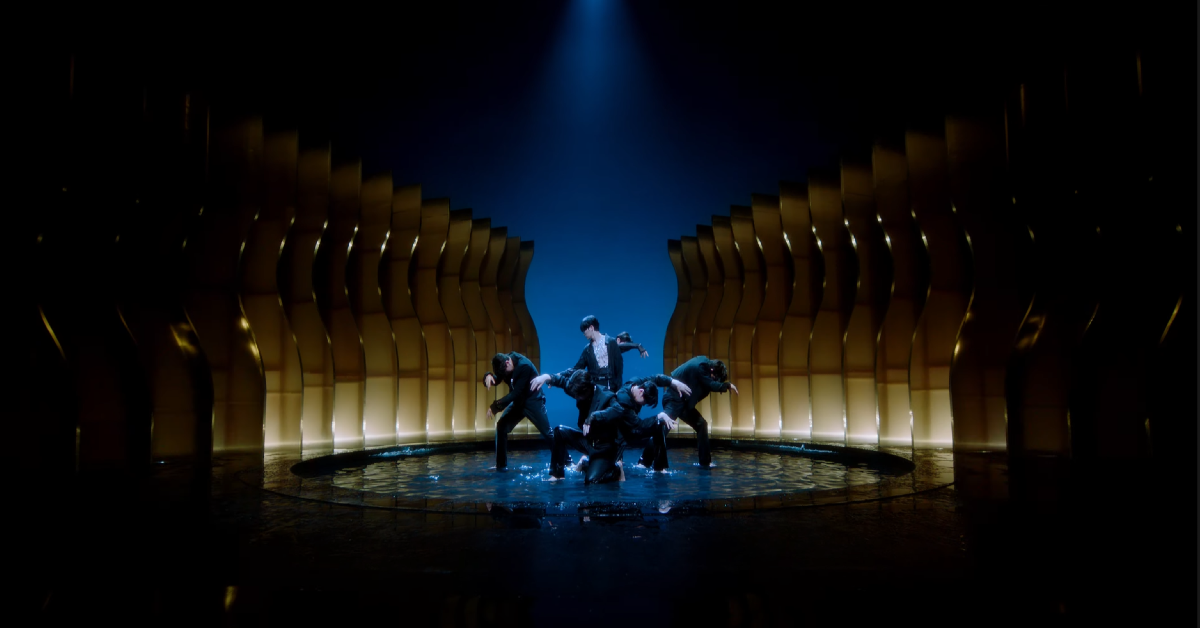 Lust and temptation are often hot topics in music, but boy group ONEUS take them to new heights with their 8th mini album, Malus. The release follows the group’s last mini album Trickster, released back in May of this year. With the release of Malus, ONEUS has continued to solidify their presence as a group to watch but has also soared to new heights.

The variety of sounds explored on this album is already worth praise on its own. Kicking things off with a dramatic note in “Intro: EDEN,” the song opens with a stunning piano interlude before adding elements of electronic. It’s an enchanting intro that acts as a perfect set-up for the lead single “Same Scent.” “Same Scent” doesn’t waste any time getting into the booming tropical house sound. The track uses the genre-defining elements of tropical house, with marimbas, guitar, and synths imitating the sound of horns while switching it up with epic drops in the chorus. Right before the refrain near the end of the track, the song goes for an anti-drop, adding a nice touch to close things out. The final verse of the track has the members add a quick touch of repetition to the words, which is such a nice touch and last-minute switch up that makes that single line a catchy earworm.

Next up is “Stupid Love,” another intense offering, though this time in the way of a heavily pop-rock-influenced track. With driving guitar riffs and ethereal synths tinging the track, the song is a strong showcase of the members’ vocals. The track doesn’t change that much throughout its run time, but it’s such a solid production and fantastic in its simplicity. Next up is a dramatic vibe change with the ballad “Gravitation.” The instrumentals are largely focused on guitar, piano, drums, and more dreamy synths. The track is focused on being a vessel for the group to deliver stunning vocals. The track is another great example of how ONEUS can take well-established song structures, yet still, take listeners by surprise and make them their own.

“Mermaid” brings back the summer vibes, with deep funk bass and heavy synths. It’s a nice, laid-back track to get fans ready for the next staggering entry. “Full Moon” is a complete 180 from the previous track, opting for a sultry and moody sound. The track moves at a nearly breakneck pace, with moments of release, creating an intoxicating level of tension perfect for a track like this.

Of course, we can’t talk about this release without talking about the vocal performances of the group. Each member of ONEUS gets plenty of time to show their skills, and they don’t hold back. From fast and rhythmic lines to long solid notes on “Gravitation,” the group is solid in their delivery, showing with each unique track that they can adapt to any sound they try. Lyrically, the album is focused on love and temptation, and the emotional range the group shows on each track delivers these pleas perfectly. The tracks like “Same Scent” are seductive, without being vulgar or cringy, showing a great level of maturity in the group members’ songwriting skills.

Malus is a striking and extravagant release, taking elements that ONEUS has previously used, as well as new ones, and delivering an incredibly satisfying collection of songs. With variety like this, ONEUS definitely has a lot to offer and it will be exciting to see what they do next.