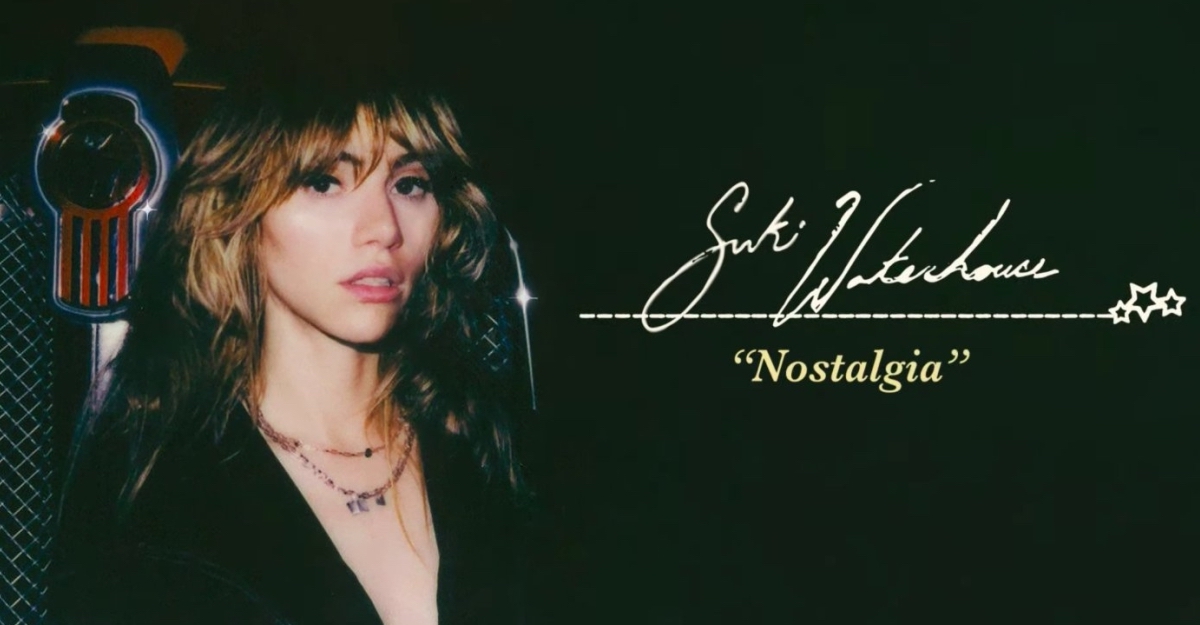 2022 has already proven to be a great year for Suki Waterhouse. This past summer, her song “Good Looking” became a trending sound on Tiktok, and she released her debut album, I Can’t Let Go. In August, she began touring with Father John Misty, which will continue through September and October.

Adding to her accomplishments this year, Waterhouse released a new single, “Nostalgia,” on September 8th. Her first release since her debut album, the single is reminiscent of her single releases at the beginning of her music career, with the same dreamy, musing lyrics and straightforward production.

As usual, Waterhouse makes aesthetic choices that align throughout the cover art, production and lyrics. A photograph of Waterhouse with a film-like quality graces the cover, conjuring a nostalgic feel from the start. Her expression is dreamy and despondent, the look of someone dwelling on the ache of their loss.

Lyrically, “Nostalgia” has all of the ingredients for the classic formula of a long-lost love song. With references to burned CDs and first “I love you’s,” the song is sure to speak to anyone who wants to sit with their sadness and reminisce for a bit. The chorus comes from the voice of someone living in their memories, with the repetition of “I will try to keep us / Together, forever, nostalgia.”

With fall rapidly approaching, Waterhouse is playing her cards right with the release of a pulsing ballad that is perfect for evening drives on a chilly night. With “Sad Girl Autumn” being a common phrase these days (see also: Taylor Swift’s “All Too Well” release with multiple versions last fall, each being sadder than the last), “Nostalgia” is sure to keep Waterhouse’s momentum continuing through the end of the year.