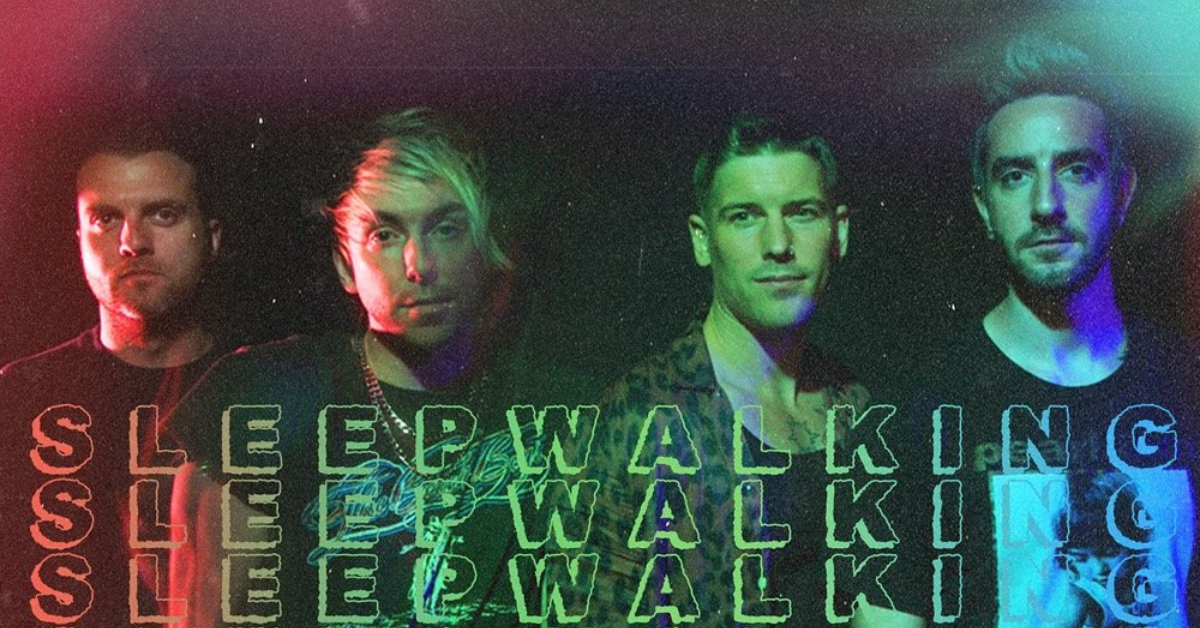 Last Friday, All Time Low released their first song of 2022, “Sleepwalking.” In addition, the band shared a music video for the track. After a successful 2020 with their eighth studio album, Wake Up, Sunshine, and the chart-topping single “Monsters” featuring blackbear, the band is ready for a new adventure.

Lead singer Alex Gaskarth explained in a statement that “Sleepwalking” is “a reflection on the time spent away from whatever it is that makes you feel alive.” The song also hints at the shutdown of the live music scene because of COVID-19. “We realized just how affected we were as individuals by time spent away from our most familiar life-lines and how grateful we are now to come together with those people, places, and things […] our friends, families, touring, shows, art, and the energy and perspective that comes with real, raw connection,” Gaskarth continued.

The Maryland quartet knows how to evolve while staying true to themselves, and “Sleepwalking” is no exception. Definitely, the upbeat vibes and pensive lyrics create a nice juxtaposition, and they make “Sleepwalking” a classic All Time Low track. Alex’s voice sounds as good as ever, and the cool riffs in the track put the listener in a good mood.

Last Saturday, the band’s fifth studio album, Don’t Panic, turned a decade old. Listening to that album and then to “Sleepwalking” feels like a trip down memory lane. It doesn’t matter if you’ve been an All Time Low fan since their early days or if you’ve gone a long time without listening to them; as soon as you go back to any of their songs, it just feels like home. The band’s signature sound is still there, but it doesn’t feel out of style.

Along with the single, All Time Low released a music video directed by Edoardo Ranaboldo. In it, Alex catches glimpses of his bandmates — Zack Merrick, Jack Barakat, and Rian Dawson —, but he is not sure if he’s dreaming or not. In the end, he finally reunites with the rest of the band to perform “Sleepwalking.” You can watch the video below.