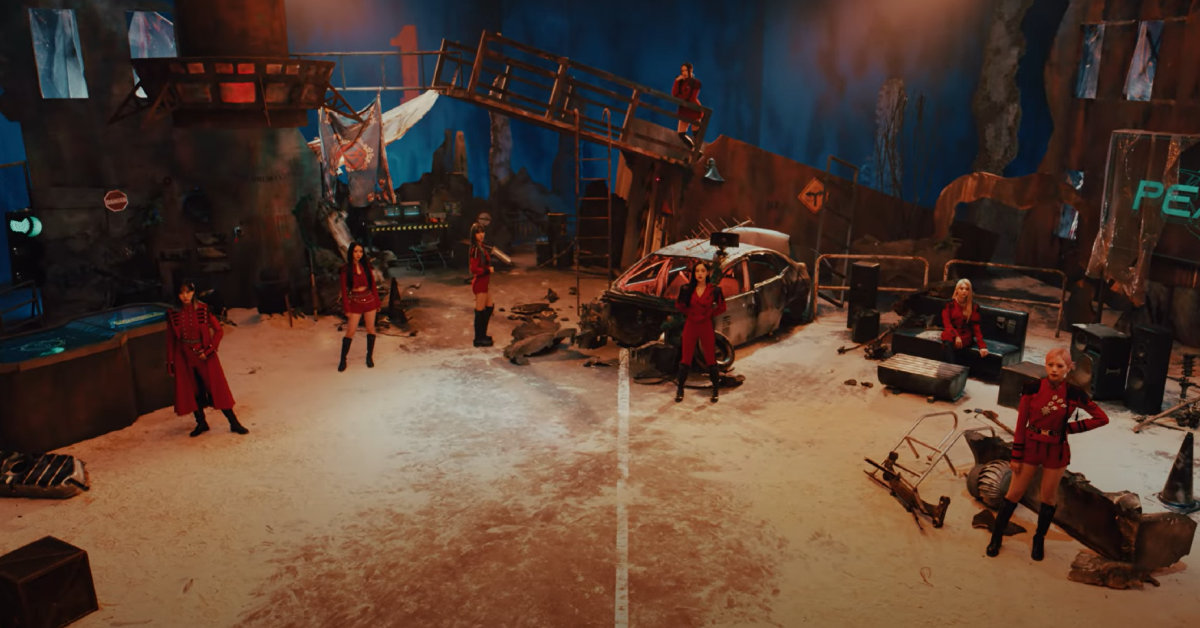 Dreamcatcher is back to guide fans through their apocalyptic world! The girl group has released their 7th mini-album Apocalype: Follow Us, the follow-up to their last full-length album Apocalypse: Save Us. The new release follows the same theme as the previous, as the group survives the end of the world and seeks to unite humanity. This main message is established right away with the album’s lead single, “Vision.”

The track opens ominously, with an underlying steady midi beat, before crunchy drum beats kick in, transporting listeners back to late 90s industrial touches and early 2000’s nu-metal a la acts like Linkin Park. Dreamcatcher isn’t a stranger to rock, a sound that has become a big part of what makes the group stand out in K-pop. The chorus is where the nu-metal sound hits the hardest, with crunchy guitar riffs and pounding drum machine beats, making the track something that sounds straight out of The Matrix soundtrack. The pre-chorus adds some clarity to the guitar riffs, and the bridge follows this with clean, extended notes, to match the theme of the song; even in the darkest of moments, there will always be some light.

Vocally, the girls bring the intensity to match the arrangement perfectly. The members of Dreamcatcher have continuously shown throughout their releases that they can hit the perfect balance of sweet clear tones and aggressive vocal attacks. “Vision” shows this in spades, as the girls seamlessly pass off lines to each other, going from soaring notes to snarly raps dripping with charisma. The touch of delivering the word “Vision” in the choruses by raising the note is a nice unexpected touch that raises interest in the track, and when the track abruptly ends with that same delivery, it’s goosebump-inducing.

The song serves as a call to action for humanity to unite and fight for their future, similar in vein to the lead single off their last album “MAISON.” Whereas “MAISON” was a call to save the planet from the dangers of climate change, “Vision” is more focused on fighting for one’s dreams and to not let anything get in your way. “March along with the steps and reload / Toward the hill full of enemies / Salute to all of us / I’ll give you a vision,” the members declared in the chorus, evoking strong imagery with their concise delivery, much like a drill sergeant.

“Vision” is a straightforward and effective release from Dreamcatcher. It honors its influences, while still adding the Dreamcatcher touch that makes them a group that has shown great consistency. It’s a great example of “if it ain’t broke, don’t fix it.” With that said, a high-energy and intense song like this would make anyone want to join Dreamcatcher in their mission to save the world.