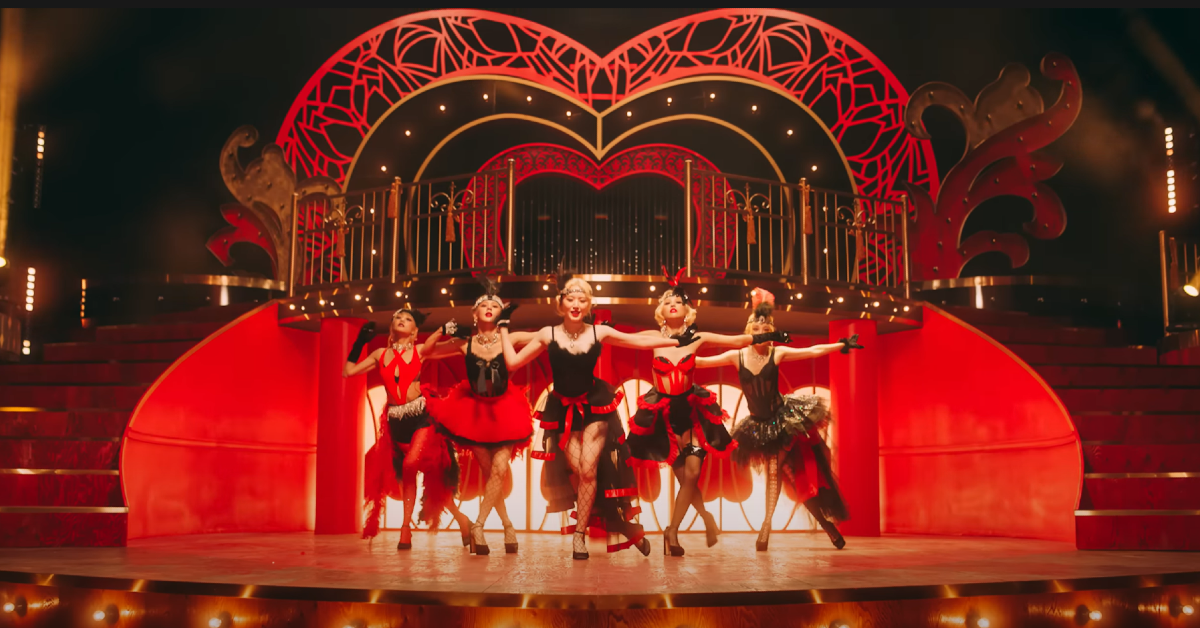 (G)-IDLE is back and pushing boundaries a new look and sound! The girl group has dropped their 5th mini-album I Love and leading the release is the unique and intriguing single “Nxde.”

Despite the suggestive title, “Nxde” is focused on a more figurative approach. The group tackles the superficiality of the idol industry, telling the world that no matter what label you try to put on them, they will always be “nude,” or true to themselves. It’s always great to see artists, particularly in the tightly controlled idol industry, not be afraid to call it out. With that said, “Nxde” is an interesting concept, but the execution leaves much to be desired.

The track is a mix of 1920s vaudeville and modern-day K-pop, with beat drops backed by violin runs. Sounds like a cool concept on paper right? Unfortunately, the track tries to adhere to each era too much. There are too many elements fighting for their time in the spotlight, and listening to it feels like I’m being pulled in too much directions. The pre-chorus and the chorus are executed well, it’s just a shame that the rest of the track didn’t show that restraint.

Vocally, the girls go full-in with the vaudeville concept, taking on tones reminiscent of Mae Questel, who you may know as the iconic voice of Betty Boop. It’s best described as a “sassy baby voice.” It would have been fine as a little ad-lib mixed in, but not as a focal point of the song. The members of (G)-IDLE are talented and unique vocalists, but this tone gets old really quickly.

Lyrically, the meaning can be understood pretty easily. However, the lyrics are very clunky and awkward, particularly the English parts. “Why you think that ’bout nude? / ‘Cause your view’s so rude,” Soyeon sings in the intro with that sing-songy tone. Of course, English is not the group’s native language, but the song would have benefitted from some editing. It reminds me of (G)-IDLE’s incredibly popular track “Tomboy,” which suffered from the same awkward wording.

At the end of the day, the most unfortunate part about “Nxde” is that it is a fresh and new repurposing of old concepts that would make (G)-IDLE stand out amongst other groups. And maybe they will, but just for the wrong reasons.