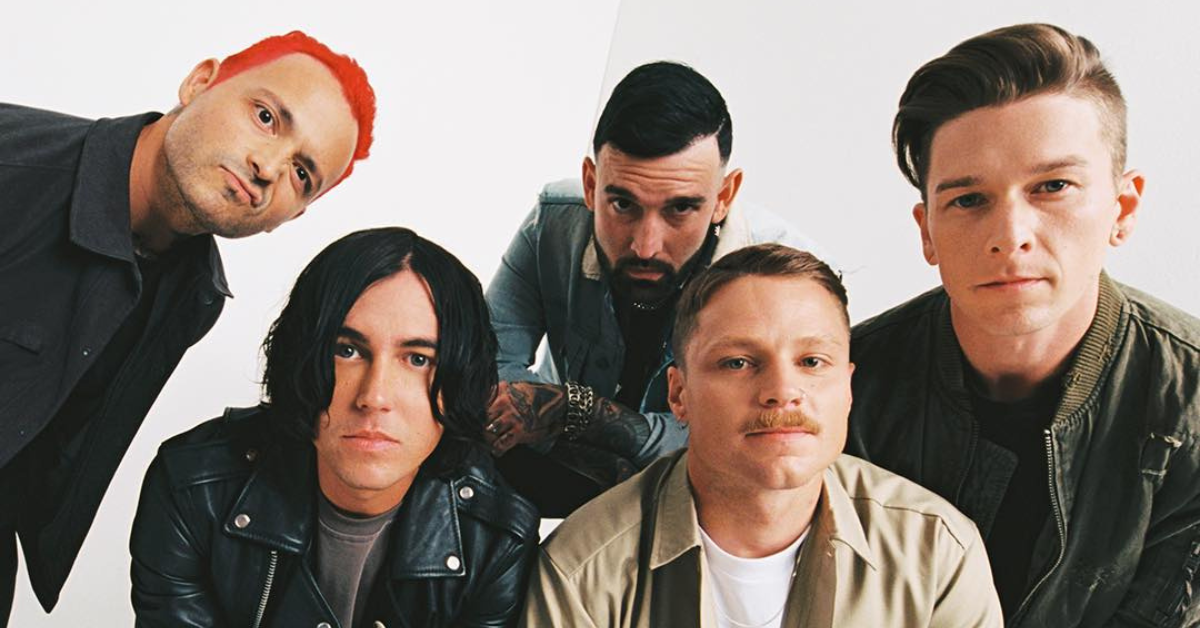 With the revival of My Chemical Romance, Paramore, Blink-182, and Pierce The Veil, the rock and alternative scenes are more alive than ever. Now, it’s Sleeping With Sirens’ turn. After three years, a few lineup changes, and a thousand Kellin Quinn collaborations with other artists, the Floridian band finally released their seventh studio album, Complete Collapse. Luckily, with this record, the band went back to their roots and maybe even further. The album is full of high-energy tracks perfect for a concert.

Overall, Sleeping With Sirens’ discography has been a roller coaster of sorts. Their first three albums caused a sensation in the post-hardcore scene. Later, their 2015 record, Madness became arguably their best album — until now —. Of course, no roller coaster is complete without drops. 2017’s Gossip didn’t get a warm welcome to the scene. The band’s change of sound was a bold move on their part, but it didn’t suit some fans and critics well. As a result, Sleeping With Sirens released How It Feels to Be Lost in 2019, which saw the band aiming at a mix of old and new sounds. The album had some highlights like “Leave It All Behind” and “Agree to Disagree;” however, SWS’ popularity was still at stake.

With Complete Collapse, the band is totally ready to redeem itself. Last year, Kellin stated that Sleeping With Sirens was writing an “album that’s full of energy and bangers and crowd participation and stuff like that. We’re literally writing it with that in mind so that when we can go back out on tour, we have an album that from start to finish can keep the energy up.” Clearly, they achieved their goal.

At first, the opening track, “Tyrants” might seem a little dull, but as it goes on, you know you’re in for a ride. Throughout the album, we can find some classic Sleeping With Sirens tracks such as “Complete Collapse,” “Ctrl + Alt + Del,” and “Bloody Knuckles,” which was released in June 2021 as the first single. A highlight on Complete Collapse is “Apathetic,” which is definitely a song for festivals. The production is quite interesting, and its chorus is meant to be sung at the top of your lungs.

Moreover, the album includes a superb reference to a previous SWS song. The gut-wrenching “Family Tree” includes the line “is this what you call a family?” which is the exact lyric in 2011’s “A Trophy Father’s Trophy Son.” Both songs deal with the same topic; a father who leaves his children and wife behind. When Quinn was young, his father walked out on his family. Nowadays, Kellin is a stepfather of two, and he has stated that “when you have to watch someone else — especially a child — go through the same disappointments you went through, it’s tough.” Certainly, “Family Tree” is one of the saddest songs on the album.

Mostly, Complete Collapse touches on dark topics such as depression and anxiety. When talking about the writing process, Quinn stated that “the music reflected exactly where I was at. It felt like we finally found what we were looking for with this record. The lyrics, the emotion, the musicianship, and the production are all there. It’s the best we could do. It’s going to be exciting to get on stage and perform these songs. We finally found ourselves […] I want this to be our anthem for new fans. To the diehards, we want this to do justice for you. It’s what you’ve been waiting for.”

One of the darkest tracks on the album, “Be Happy,” talks about the hardships of life and how we might not feel fulfilled. The lyrics “I should be happy but I’m not / Is there a way to make it stop? / It won’t go away / It keeps haunting me” paint a picture that many listeners can relate to. Similarly, the closing track, “Grave,” is one of the most honest in Complete Collapse. Being a slow song, “Grave” feels like serenity in the midst of chaos. Kellin sings “I’m in the dark / I’m falling apart / Why do I carry all this weight when I don’t need it?” However, there’s a glimpse of hope in it, too. The line “I’m trying to change ‘cause I’ve got one foot in the grave” reflects the singer’s eagerness to become a better version of himself.

Lately, Kellin Quinn has been really into collaborations — between 2020 and 2021, he’s been featured in over 25 songs —, and Complete Collapse is no exception. The album contains four collabs. Spencer Chamberlain of Underøath, Charlotte Sands, Royal & The Serpent, and DOROTHY all bring something fresh to the table, and their chemistry with Quinn is fantastic.

Furthermore, the cover art for Complete Collapse is wildly curious. Kellin explained that, as well as the title track, it represents the mental state he was in during the lockdown. “I could have completely collapsed if it weren’t for the time at home during the pandemic. Having the time to restore and not burn out was a godsend, which is ironic for how terrible the pandemic was […] I think [the cover] says it best; we’re all just chilling at the pool drinking our martinis while everything is burning around us,” Quinn shared.

Instantly, Complete Collapse became one of Sleeping With Sirens’ best albums, if not the best. With heavy sounds, other-level guitar riffs, and incredible vocals, this record will make you feel like you’re at Vans Warped Tour in the 2010s having the time of your life. To live a similar experience, you can grab tickets for SWS’ upcoming shows in various states and at the forthcoming When We Were Young Festival in Las Vegas. Lastly, don’t forget to stream Complete Collapse on Apple Music and Spotify, and check out the music video for “Let You Down” below!