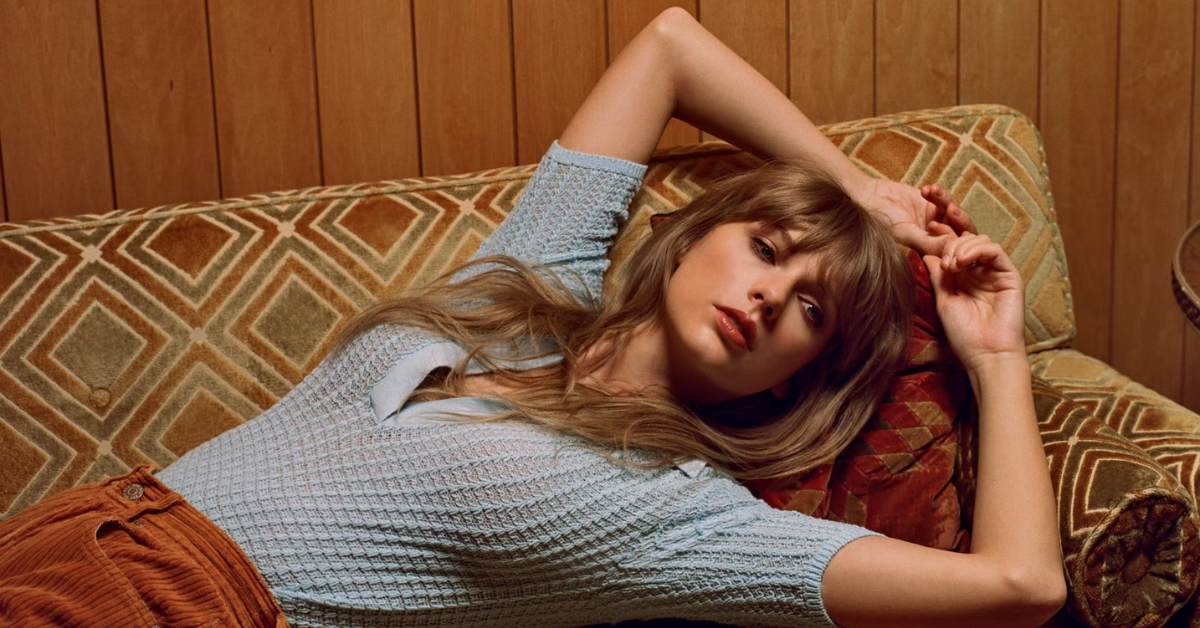 Last Friday, Taylor Swift released her tenth — or twelfth if you count the re-recordings — studio album, Midnights. Composed of 13 tracks, the highly-anticipated album broke the record for the most-streamed album in a single day in Spotify history. Similarly, it broke the overall record for the biggest day on Amazon Music ever. Three hours after the release of Midnights, Taylor revealed a “very chaotic surprise;” she wrote seven more tracks on the journey to finishing the album and named this special version of the record Midnights (3am Edition).

Truly, Midnights became one of the most anticipated albums by the musician, especially because Taylor made sure to keep the hype up. She released a Tik Tok segment called Midnight Mayhems With Me, where she revealed one song title a night in a 70s-game-show fashion. After that, she posted a series of videos sharing five things that kept her up at night. “Self-loathing, fantasizing about revenge, wondering what might have been, falling in love, and falling apart” were the main inspirations for Midnights, Swift stated.

Taylor is known for switching genres every now and then, and this time is no different. Midnights draws inspiration from pop, hip-hop, electronic, and synth-pop. After the great success that 2020’s folklore and evermore bred and the 2021 release of crowd-favorite Red (Taylor’s Version), it was time for Taylor to try something new again. Although Midnights is a pop album, it still has some experimental elements that make it sound different from Swift’s previous work.

Over the last couple of years, the Swiftie fanbase has grown exponentially, which means that some fans won’t like what others will. Luckily, on Midnights, the tracks are so different from each other that they will satisfy fans equally. To put it simply, the regular edition of the album is perfect for fans of Lover, reputation, and 1989, whereas the extra tracks in the 3am Edition are great for fans of folklore, evermore, and “Carolina.”

Overall, Midnights is a very cohesive body of work. “Anti-Hero,” the scintillating lead single, is one of the most insightful and honest Taylor Swift songs ever, and it was a perfect choice to promote the album. Swift described the track as “one of my favorite songs that I have ever written,” and as a “guided tour” of the things she hates about herself. Definitely, the lyric “I’ll stare directly at the sun but never in the mirror” became a favorite in the fandom.

In the Taylor-directed music video for “Anti-Hero,” we can see a hilarious scene that matches the bridge of the song. “I have this dream my daughter-in-law kills me for the money / She thinks I left them in the will / The family gathers ’round and reads it / And then someone screams out / ‘She’s laughing up at us from hell.’” Actors Mike Birbiglia and John Early play Taylor’s sons, and Mary Elizabeth Ellis plays her daughter-in-law, who is actually cosplaying one of Swift’s most iconic looks, the black Fearless Tour dress. The three of them are fighting over the musician’s will while Taylor is watching from inside her coffin.

Contrastingly, a poignant scene in the video shows Taylor on a weighing scale that shows the word “fat.” Although Swift has been vocal about her struggles with eating disorders — most significantly in a scene from her 2020 documentary Miss Americana —, it’s the first time she depicts her battle visually. Similarly, Taylor makes a reference to this topic in another track, “You’re on Your Own, Kid,” where she sings “I hosted parties and starved my body.”

The process of creating Midnights also involved many of Swift’s recurrent collaborators like Jack Antonoff, Aaron Dessner, and Laura Sisk. Moreover, Taylor wrote “Lavender Haze” with Zoë Kravitz, “Snow on the Beach” with Lana Del Rey, and “Sweet Nothing” with her boyfriend Joe Alwyn — credited as William Bowery —.

When Taylor revealed the collab with Del Rey, she stated, “the fact that I get to exist at the same time as [Lana] is an honor and a privilege, and the fact that she would be so generous as to collaborate with us on this song is something I’m gonna be grateful for life.” Unsurprisingly, fans of both stars couldn’t wait to listen to “Snow on the Beach.” Nevertheless, the song is one of the downsides of the album since Del Rey’s voice is barely audible, and when you do hear it, she only sings the same line. This has become a pattern in Taylor’s collaborations with women. For example, “no body, no crime” featuring HAIM and “Soon You’ll Get Better” featuring The Chicks sound almost like solo songs. We need more tunes like “Nothing New” featuring Phoebe Bridges.

One of the most painful songs to listen to on Midnights (3am Edition) is “Would’ve, Could’ve, Should’ve.” In it, Taylor looks back at a previous relationship with someone who was older than her. Lyrics like “give me back my girlhood; it was mine first,” “I damn sure never would’ve danced with the devil at 19,” and “I miss who I used to be” reflect how miserable Swift felt during that relationship and how it stripped her away from her innocence.

Two of the best songs on Midnights are “Vigilante Shit” and “Karma.” In the first one, the reputation vibes are exquisite. The track draws parallels to previous Swift tracks such as “no body, no crime” and “mad woman.” Musically, “Vigilante Shit” has an interesting production as it doesn’t really have a climax, which gives off a mysterious atmosphere. On the other hand, “Karma” is a very upbeat song about consequences. Karma as a concept has been recurrent in Swift’s discography, and she actually teased the title of the song in her 2019 music video for “The Man,” where we can see the word written on a wall. In this track, Taylor warns the people who’ve tricked her about the outcomes of their actions, whereas she delights in her good karma. “Karma’s a relaxing thought / Aren’t you envious that for you it’s not?,” she sings.

Surely, Midnights is one of Taylor’s most personal albums, and it shows how much Swift has grown both as an artist and as a person throughout the years. This record will be at the top of every fan’s playlists for a long time. You can check out the music video for “Anti-Hero” below, and don’t forget to stream Midnights and Midnights (3am Edition).

One thought on “Taylor Swift Is an Open Book on Midnights”