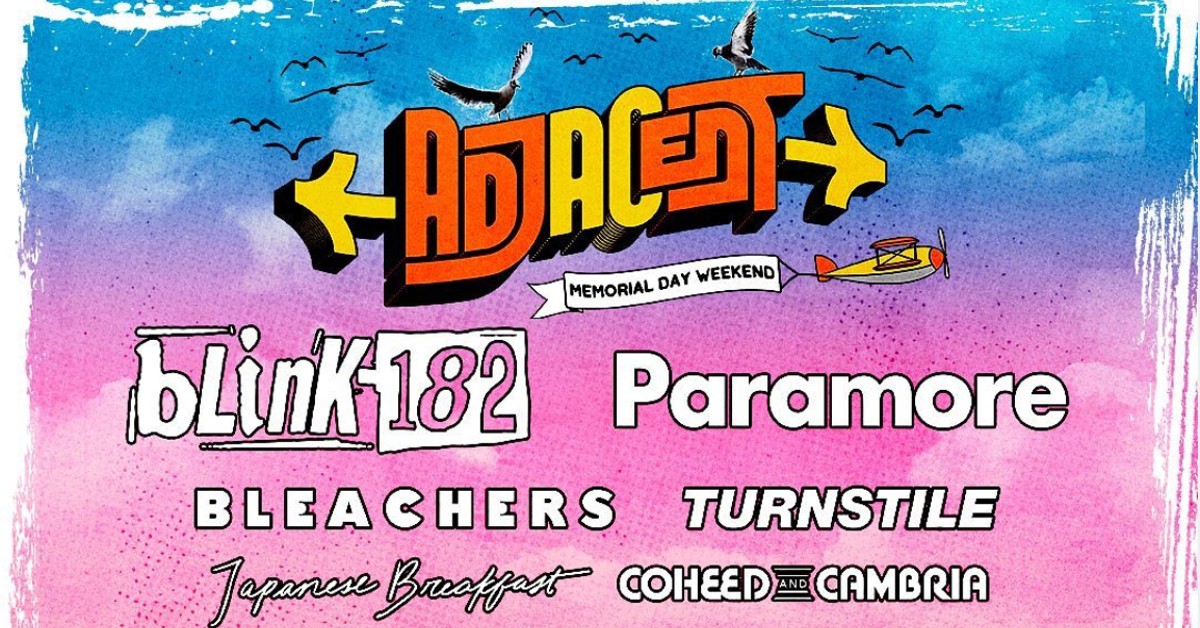 New festivals are popping up or being cancelled every week, but some are more eye-catching than others. It’s no surprise that after the media frenzy with When We Were Young Fest, that everyone is ready for more throwback shows. So, the announcement of Adjacent Fest in Atlantic City has east coast emos going wild. With co-headliners blink-182 and Paramore this could be the event of the summer. And even with minimal details known, early bird passes already sold out!

So far, we know that Adjacent Fest will be on the Atlantic City beach Memorial Day weekend 2023. The festival is 2 days and besides the headlining acts, the lineup include Bleachers, Jimmy Eat World, Turnstile, Japanese Breakfast, and Coheed and Cambria. The lineup is stacked with indie, alternative, punk, and metal favorites. There’s a variety of throwback and newer artists so the event will appeal to a wide demographic. Also, we love that Adjacent booked more female artists than most festivals we’ve seen lately! Some to definitely check out are Meet Me At The Altar, Beach Bunny, Hot Milk, and Royal & The Serpent.

The lineup clearly caught fans’ attention as early bird 2-day passes ($250) sold out quickly. Tier 1 passes are currently on sale, starting at $360. Plus, there are various VIP options for fans who want access to nicer bathrooms and special viewing access. If you’re planning on going, make sure to plan quickly as hotels are sure to be full since it’s basically opening weekend at the Jersey Shore!

As for other east coast festivals this year, Firefly Festival just announced they would be taking the year off, so this may be a good substitute for regular attendees. However, Bamboozle Festival, which went on hiatus in 2012 will be returning in 2023. Previously, Bamboozle took place in East Rutherford and Asbury Park, NJ. But for 2023, it will be in Atlantic City only a few weekends prior to Adjacent Fest. They have yet to release their lineup so it should be interesting to see how the two festivals compare.

So, if you’re a super blink-182 and Paramore fan, this is the event for you. Also, if you missed out on When We Were Young Fest, this may be summer 2023’s east coast version. For the more casual festival goers or those unsure about the lineup, we might suggest waiting to see what Bamboozle or Gov Ball has in store. And for those who secure tickets, definitely check out both new and longtime artists on the beach!