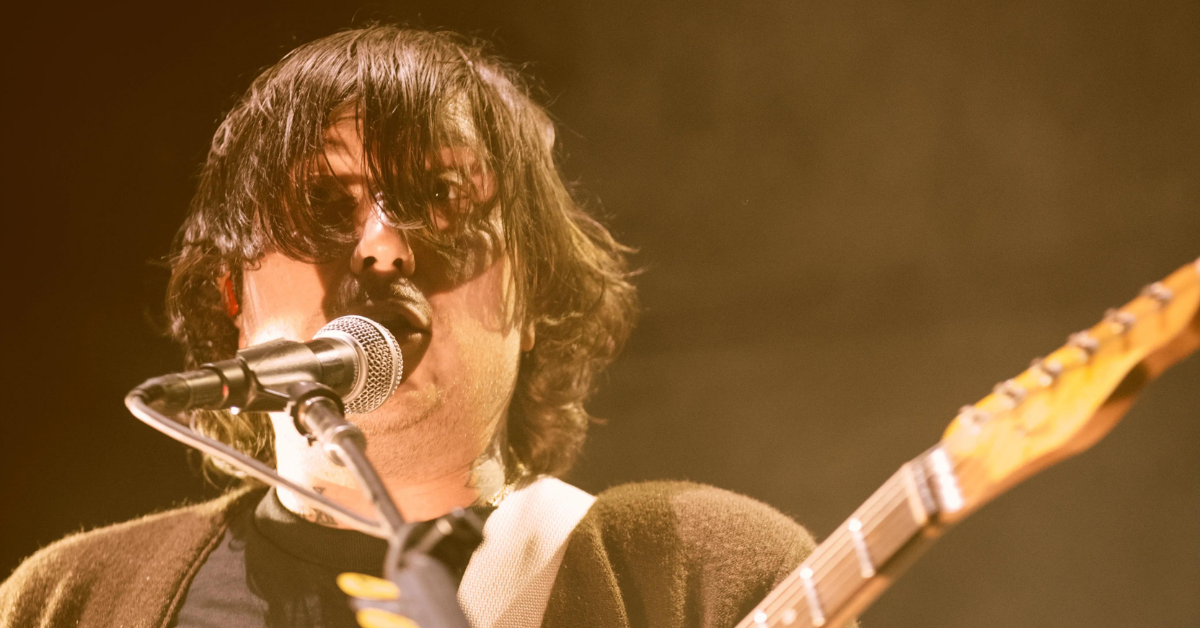 Today, we celebrate not only Halloween but also the musician and king of Halloween himself, Frank Iero’s 41st birthday. Iero’s musicianship is palpable in each of his projects, and his passion for music drives him to constantly create songs that are unique and reflect his capabilities. There isn’t a single track in his catalog that lacks honesty and sentiment. Recently, Frank’s EP Keep the Coffins Coming turned five years old. To honor this release and Iero’s birthday, let’s dive into the creation of the record and what inspired each song on it.

Frank has described the EP as the bridge that connects his full-length albums Stomachaches (2014) and Parachutes (2016). Iero and his band had the opportunity to record the EP with sound engineer Steve Albini, known for his work with Nirvana — one of Frank’s favorite bands of all time — on their iconic album In Utero. When Iero listened to that record, at 12 years old, he knew he had to work with Albini someday. In an interview, Iero stated that Nirvana’s album was the first Steve Albini record that he listened to, but he then found out about Surfer Rosa by The Pixies, and that “fully cemented [his] master plan of starting a band, writing a song, and recording it with Steve.”

A not-so-fun fact about this album is that Frank Iero and the Patience jokingly released it under the name Frank Iero and the Patients in light of their accident in Sydney in 2016. In October that year, the band and crew were hit by a bus while unpacking their tour van. A few weeks ago, Frank remembered the accident by writing, “today was 6 years since my friends and I looked death in the eye, but that moment will not be what defines us. It’s not about falling down; it’s about how you pick yourself up that matters. I will never be the person I was before the accident; I am forever changed; I am forever changing.”

Keep the Coffins Coming is a very interesting entry in Frank’s oeuvre. The EP starts off with “I’m a Mess,” a song that’s also included in Frank Iero and the Patience’s Parachutes album. However, the EP version is slightly different and feels rawer, showcasing Albini’s style. “I’m a Mess” is not “about proving anything. [It’s] about being yourself and being happy with who you are,” Iero explained. The fan-favorite track focuses on not caring about other people’s opinions about yourself. As long as you like yourself, others’ comments won’t matter. Frank starts by singing “try not to wake me up ’cause I don’t feel too good,” but as the song progresses, the message becomes more positive. With the lyrics “Maybe I’m just fine with it / Finally proud to live inside my own skin / Maybe that’s just who I am / Maybe I’m a mess,” he embraces himself.

Next, one of the most special songs in Frank’s discography, “BFF,” was co-written with his daughter, Lily, and it was first released in 2014. The first version included vocals by Lily and her twin sister, Cherry, and the three Ieros recorded a music video to accompany it. At the time, Frank stated, “I am incredibly happy to announce that my newest musical endeavor will be a collaboration between myself and two of my favorite artists of all time, my 3-year-old twin daughters.” The song is about sisterly love and how difficult it is to be separate from each other, especially if you’ve gotten into a fight. The lyric “best friends forever, but not now” expresses those feelings perfectly. For the version in Keep the Coffins Coming, Frank added some lyrics, and the production sounds more polished, but, sadly, it doesn’t include the girls’ voices.

The third song on the EP, “No Fun Club,” is a rework of Frank’s 2012 track “Xmas Sux.” Iero came up with the “No Fun Club” term while he was on the road. “I think I was born in the No Fun Club,” Frank said. “Realizing that not only was I unhappy, but that everyone around me was too” was what drove him to create the club. Ironically, the idea of someone who hates fun is very entertaining, and it makes “No Fun Club” one of the liveliest Frank Iero songs. The lyrics “I don’t wanna have a sense of style / And I don’t have the strength to act cool” invite the listener to be themself in any situation.

Along those lines, “No Fun Club” is also about not wanting to impress or prove anything to anyone. The song tells you that if you’re “not having fun” somewhere, just leave the place and go where you feel comfortable. “Requirements for No Fun Club: ‘Don’t be a faker’ is the first. No faking and no rules,” says Iero. The track also contains one of Frank’s all-time favorite guitar riffs. He told Loudwire, “‘No Fun Club’ is a real fun one to play, and it’s pretty simple as far as riffs go […] It was like, ‘how do you make a swampy, kind of, dirty punk rock song?’ So that’s the way you do it, you know?”

Lastly, the closing track in Keep the Coffins Coming is a cover of “You Are My Sunshine.” Of course, Frank doesn’t leave his signature sound behind, and he brings his own eerie twist to this classic. Iero’s performance conveys really strong emotions, and you can’t help but feel the same way. The musician shared his thoughts about the song by saying, “a lot of us grew up singing the chorus as kids but never knowing what extreme sorrow the song was about.” The song is definitely a great way to end the EP.

All in all, Keep the Coffins Coming is a strong body of work, and it deserves more recognition. Frank’s genius is there from beginning to end; with only four songs, he proves he is a skillful musician — not that he has to prove anything to us, but still —.

In case you missed it, Frank’s new band L.S. Dunes will be releasing their debut album, Past Lives on November 11. You can listen to their singles “Permanent Rebellion,” “2022,” and “Bombsquad” now. Happy birthday, Frankie!