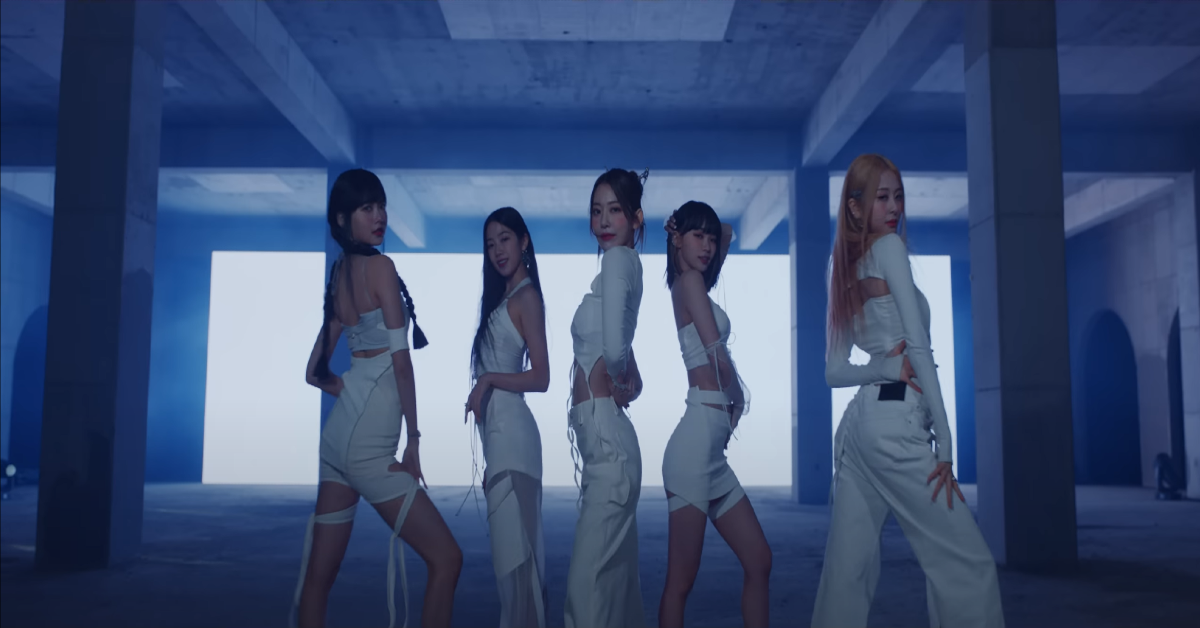 Since releasing their latest mini album ANTIFRAGILE, LE SSERAFIM hasn’t stopped their take over of the K-pop scene with their strong image and empowering tracks. The latest track off the album to get the music video treatment is the b-side “Impurities,” co-written by group member Huh Yunjin.

In contrast to the louder, more in-your-face energy and sound of the album’s title track, “Impurities” has the members going for a more laid-back and sensual vibe. The track oozes 90’s R&B, with its lush vocals and drum-machine-backed track. It does add some nice touches of spacey synths to heighten the ethereal feeling even more. The girls deliver their lines with soft and airy finesse. If there is one thing that is sure of LE SSERAFIM’s vocals in every song, is that they never lack confidence. The track, in fact, exudes a quiet and assured confidence, versus the more expected bombastic delivery in works about self-confidence. With that said, the track as a whole stays at the same level, with no builds or drops. Songs like this run the risk of losing listeners’ attention. In this case, the track is well produced so that helps, but that may not be enough for everyone.

Lyrically, the track is all about embracing one’s “impurities” as the group puts it; all of the darkness and intense emotions we often hide away from others. “The color of my heart is like crimson / Passion inside me that’s burning / The evidence of adventure is like a necklace / Makes me shine even more,” Yunjin declares in the second verse. The lyrics, like the track, focus on creating magical energy, furthering the message that we should all embrace every part of ourselves since that makes us unique.

The accompanying video for the track is heavily focused on the group performing the choreography in various cinematic locations. A lot of K-pop groups tell an overarching story throughout multiple music videos, but LE SSERAFIM have opted for subtle hints at a story while focusing on showing their visuals and striking dancing abilities, which have been a large part of their image since their debut. All in all, just like the song itself, a solid video with no crazy special effects or plot twists.

“Impurities” is a fresh take on the self-love anthem, opting for a low-key approach that carries its strength in quiet confidence and how comfortable the group’s performance is, showcasing a level that is usually seen in older groups. While LE SSERAFIM are still a newer group, with members who are no strangers to the entertainment industry, they carry themselves like a group that has done this for a long time and have no signs of stopping anytime soon.