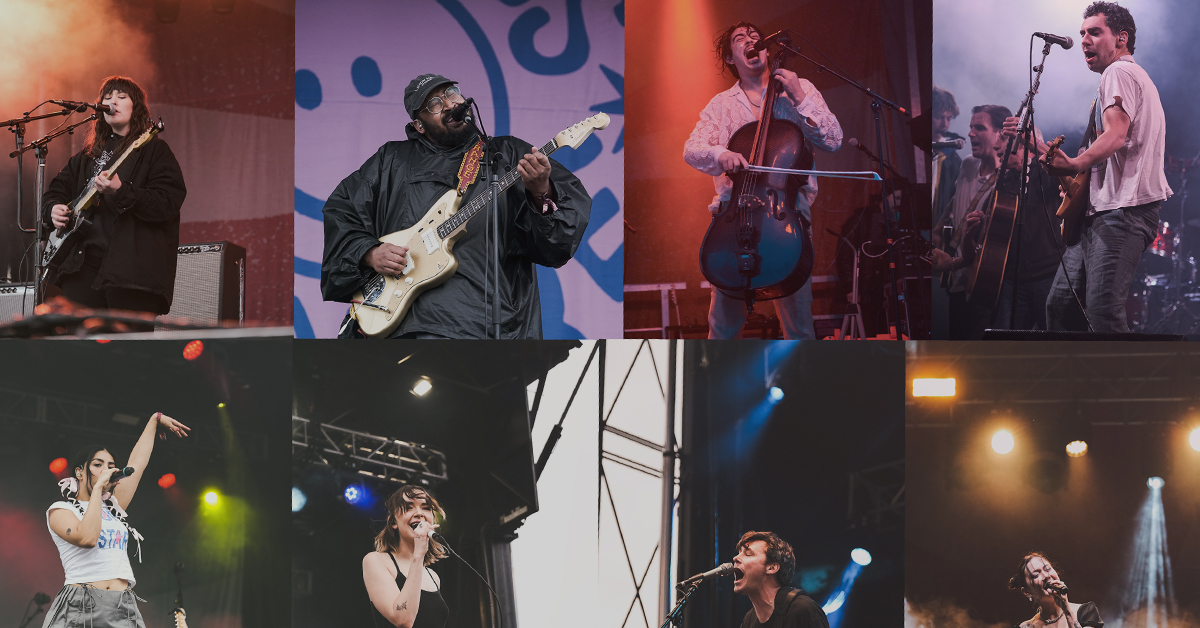 New festivals seem to be popping up everywhere lately. Earlier this year, When We Were Young made its debut in Vegas. Atlantic City will hold its first ever Adjacent Festival in May 2023. And last weekend, Phoenix held the inaugural ZONA Music Festival – a two day, early December festival to remember.

When the fest was announced in August, I knew I had to make the trip across the country to see it happen. The lineup was just a little too good, and how could I resist the temptation of a warm, summer-esq festival in the middle of New Jersey’s coldest season?

ZONA was spearheaded by Steve Chilton of Psyko Steve Presents – a name I didn’t know before the weekend started, but one I heard mentioned over and over again throughout my stay in Phoenix. Psyko Steve Presents has been promoting shows in Arizona for two decades, and their website makes a mention of striving to work with new artists – a theme that was showcased beautifully at the festival. There was even a pop-up Rebel Lounge hangout – named after one of Psyko Steve’s venues, wallpapered with flyers from past shows held at the venue.

One of the festival’s four stages served as a DIY-esq showcase for those smaller, up-and-coming bands on the lineup. It was placed next to the vendor village, full of pop up shops for local artists, record stores, and more – creating a block-party vibe amongst an otherwise classic big music festival. While some Phoenix locals took their spot on this stage, there were plenty of Phoenix natives playing the bigger stages all weekend long too – including Breakup Shoes, Playboy Manbaby, and Miniature Tigers.

The energy at the festival never stopped for a second, from the moment doors opened to the last note played by each night’s headliner (Beach House and Portugal. The Man, respectively).

Standout sets of the weekend included Los Angeles based punk rockers The Regrettes, who had one of the most energetic and engaged crowds imaginable. Playing songs off this year’s Further Joy, they had their audience nonstop dancing, jumping, and stomping through the mud.

New Jersey’s The Happy Fits played the second smallest stage on Saturday night – though the enthusiasm of their crowd suggested they could have held their own on one of the bigger stages. The three-piece brought the energy while the rain poured down, with singer Calvin Langman jumping around the stage enthusiastically, cello in hand.

The Front Bottoms had the privilege of playing the sunset slot on Sunday. It was impossible to deny the beauty of a bright pink sky in the distance while Brian Sella belted out the bands’ folk/punk hits like “Twin Size Mattress” and “Cough It Out”.

One of the best parts of festivals, of course, is the moments of collaboration between artists. On Saturday night, Bleachers brought out Bartees Strange to perform a cover together of Tegan And Sara’s “Call It Off” (the pair had to drop off the festival due to a case of COVID, along with Waxahatchee & Kevin Morby). On Sunday, The Front Bottoms brought out Phoenix native Sydney Sprague, who had performed on Saturday, for a song as well.

Of course, we have to mention the rain. There was an undeniable irony in a festival selling merch that read “it’s a dry heat” having an incredibly wet, cold start – but it was nothing that could ruin the vibes of such a great festival. The weather cleared up by Sunday and provided the warmth I was imagining finding in Phoenix. Whoever did make it out to the festival surely has some mud-stained shoes to remember it by, along with plenty of memories of a weekend full of incredible music.

ZONA was certainly one to remember, and I for one can’t wait to see what they do next year.

Check out some photos from the fest below!