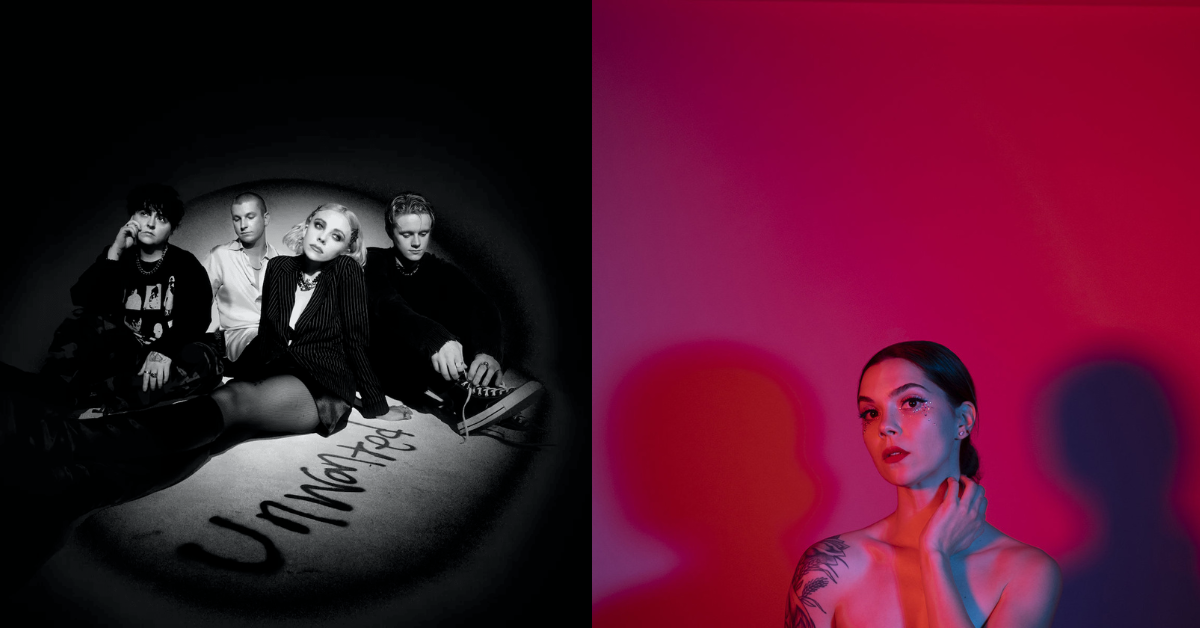 Another year is coming to an end, and it’s thankfully been full of great music, especially on the alternative scene. With so many amazing releases, we had no choice but to create a list with some of the best alternative albums of 2022 in no particular order. Check it out below, and happy listening!

Released on August 12, Pale Waves’ third studio album, Unwanted, is a tribute to the pop-punk genre. Heavier than their previous work, Unwanted contains 13 songs, and the foursome delivers nothing but powerful performances. The title track is one of the best songs on the album, and it shows Pale Waves in all its glory. Unwanted was produced by none other than Zakk Cervini, and it shows. The record is sonically cohesive, and even the slower songs transmit the same amount of energy as the more aggressive ones. Overall, Unwanted is an excellent album, and Heather Baron-Gracie’s lyrics and voice bring it to a new level.

Fear of the Dawn by Jack White

Jack White released two completely different albums this year. Fear of the Dawn, an industrial rock album, came out on April 8, and Entering Heaven Alive, a folk record, was released on July 22. While the latter is fantastic, Fear of the Dawn is exceptional. If anyone asks you what Jack White sounds like, just show them this record. In Fear of the Dawn, White’s first album in four years, the musician takes his originality to new heights and delivers a record for the ages. Including crazy sounds, smooth transitions, and an iconic collaboration with Q-Tip, former A Tribe Called Quest rapper, Jack shows he’s more alive than ever.

After years of expectation, Maggie Lindemann finally released SUCKERPUNCH on September 16, and the wait was definitely worth it. Starting her career as a pop artist, Maggie found herself through the years and began working on music that felt closer to her identity. With the release of 2019’s “Friends Go,” Lindemann began experimenting with heavier sounds before finally settling in the punk genre. Overall, SUCKERPUNCH is a great body of work. With a variety of themes, Maggie showcases her talent, and she even got to collaborate with Kellin Quinn, lead singer of Sleeping With Sirens, one of Lindemann’s favorite bands of all time. “how could you do this to me?” is a great collab and one of the best songs in Maggie’s catalog. Also, Lindemann gets to pay tribute to another one of her favorite artists. The music video for “cages” is a direct reference to Avril Lavigne’s music videos for “Sk8er Boi” and “Complicated.”

Past Lives by L.S. Dunes

With a superb lineup, L.S. Dunes took the world by surprise. Their debut album, Past Lives, is raw and terrific, and the band’s deep songwriting shows their passion for this project. With a versatile tracklist, Past Lives touches on topics like depression and loneliness but also hope and resilience. The creation of L.S. Dunes’ first studio album was serendipitous and started out as an experiment between friends. However, they did such an outstanding job that Past Lives earned a spot in this list despite being released only a month ago.

Learning to Be Happy by Kayleigh Goldsworthy

Kayleigh Goldsworthy released Learning to Be Happy on May 6. The intimate and introspective album is like Kayleigh giving us permission to read her diary. The songs are very personal, and you can’t help but relate to at least one of them. Overall, Learning to Be Happy demonstrates Goldsworthy’s musicianship, and even if some of the tracks are sad, this record will make you feel good. The Will Yip-produced album is perfect for any situation. You can listen to it while studying, driving, cleaning your house, or just vibing. A product of the 2020 confinement, Learning to Be Happy takes its name literally. Through well-crafted songs, Kayleigh strives to be a better, stronger person while also accepting her flaws.