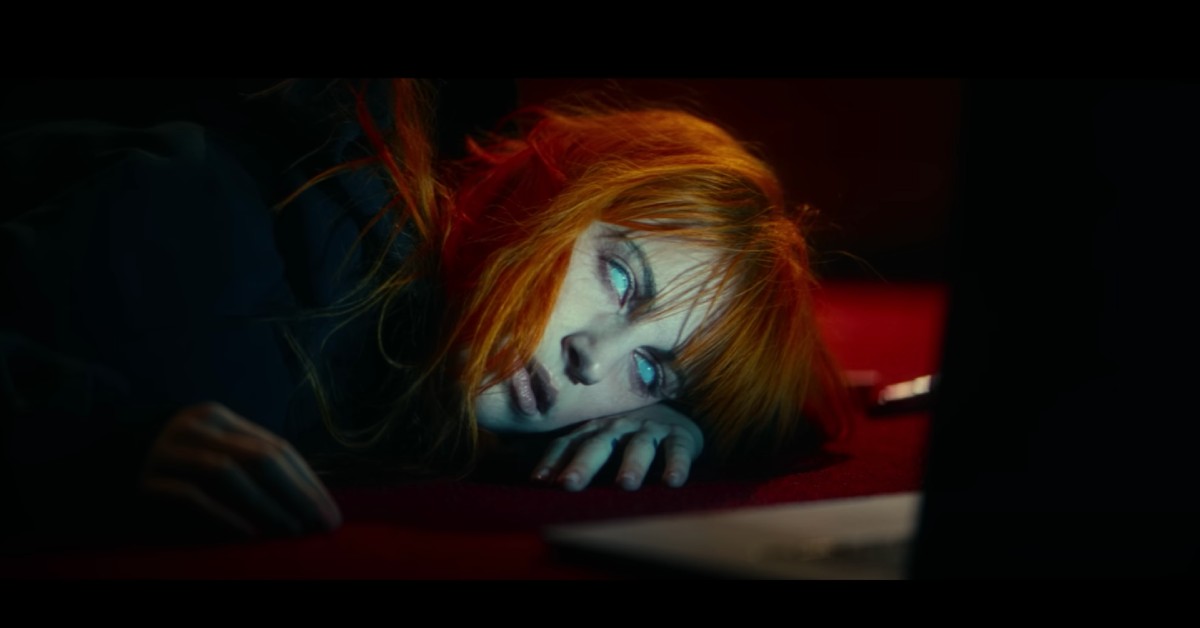 Paramore has been the voice of millennials since we were teenagers. Now, their latest track “The News” sees the band returning to their rock roots and speaking out about the current state of the world. “The News” is the Tennessee band’s second single from their upcoming sixth album, This Is Why. Hayley, Zac, and Taylor are blending old and new sounds to create art all their fans will appreciate. Plus, with a haunting music video, this single is one for the books.

If it wasn’t evident from the title, “The News” is about how painful it can be to watch or listen to the news in these trying times. It feels like we’re constantly living in tragedy and never doing enough to fix it. Also,  it’s even harder to see the horrors going on across the globe when we are struggling in our own lives. The chorus hits us with vivid imagery: “Shut your eyes but it won’t go away/Turn on/Turn off/The news.” It’s scary feeling. But, listeners will feel comforted in knowing they’re not alone in these feelings of distress.

Sonically, “The News” sees Paramore going back to their rock influences as opposed to “This Is Why” which was a more indie-leaning single. The heavier guitars and drums are reminiscent of those in some Brand New Eyes songs. However, there is a maturity in the track, both lyrically and musically, compared to what they were releasing 10+ years ago. The band has grown and their fans have grown with them. Sticking to their core sound and values has kept Paramore’s momentum going, even after a few years of a much-needed break. They came back with a vengeance and it’s sounding good so far.

In addition to the killer vocals, lyrics, and instrumentation, “The News” is accompanied by a Black Mirror-esque music video. We see Hayley Williams trapped in a room with a tv and camera. She’s being hypnotized by the horrors of the news. The wild editing only enhances the level of uneasiness we feel both while watching the video and what’s on tv. As always, Hayley’s hair and style is iconic, making the watching experience even more memorable.

“The News” shows that Paramore continues to make music for themselves while still largely connecting with their fans. They feel our pain, but still are giving us music to dance to unashamedly. This single is definitely different from their first from the album cycle. So, we’re excited to hear This Is Why in its entirety in February. But if “The News” is any indicator, we think it’s going to rock.