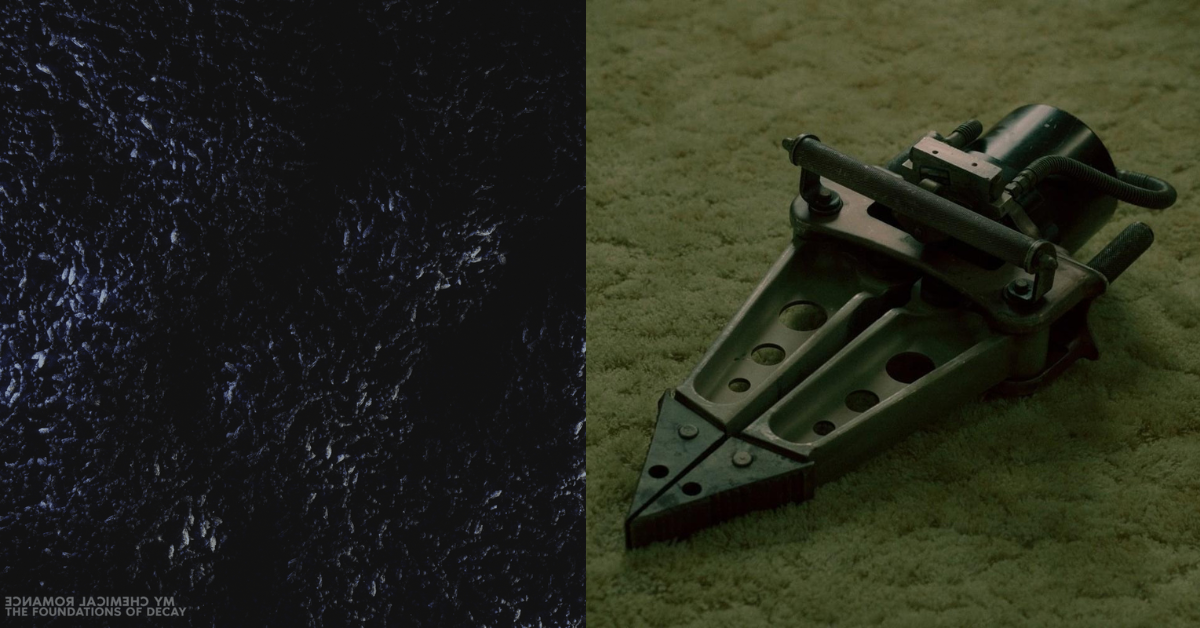 The best part of starting a new year is thinking about all the new music that we’ll enjoy throughout the next twelve months. Although some bands have already made their comeback by releasing a few singles, we can’t wait to listen to their albums in full. Similarly, some pop stars have started teasing their upcoming works. On the other hand, some acts have released singles without the promise of an album, but we’re still hopeful. Check out what we can expect for this 2023 in music below!

Untitled Release by Fall Out Boy

Fall Out Boy haven’t released a new album in almost five years, but they’re making a comeback. The band has been sharing cryptic messages since December last year, and they unveiled a mysterious website titled “sending my love from the other side” along with a surreal visual titled “A Claymation Fall Out Boy Celebration,” which features a snippet of an unreleased song. The band has also sent some e-mails to their subscriber list, including postcards from “Pink Seashell Beach” and a new year’s letter hinting at the new project. “Spoiler alert: We’ve got more than a gold watch coming for you next year,” the letter read.

Of course, fans of the band are excited and can’t wait for their beloved quartet to come back to the scene. Definitely, millions of listeners have been missing Patrick Stump’s voice and Pete Wentz’s lyrics. We’re sure that this new project will be great, and we can’t wait for it to be shared with the world. In the meantime, you can listen to Fall Out Boy’s latest release, MANIA below.

After several years without Tom DeLonge, two successful LPs with Matt Skiba, and Mark Hoppus surviving cancer, Blink-182 are ready to go back to their roots. Although Skiba gave his all while in the band, filling DeLonge’s shoes was a tough task. Tom himself thanked Matt for his time in the band. In an open letter to Skiba, DeLonge wrote, “I wanted to take a minute and say thank you for all that you have done to keep the band thriving in my absence. I think you are enormously talented (I still love and listen to your band to this day). Emotions between the three of us in blink have always been complicated, but Mark’s cancer really put things in perspective, but to be honest, the band would not even be here today if it were not for your ability to jump in and save the day.”

In October last year, Blink-182 announced their new single “EDGING;” however, the song was not the only surprise as Hoppus and Travis Barker revealed that DeLonge was joining Blink again. Fans and casual listeners alike couldn’t believe it. The music video for “EDGING” involves a carnival, rabbit costumes, and classic Blink-182 shenanigans. We couldn’t be happier to see those three guys together again. Furthermore, the band has also confirmed that a new untitled album is in the works, though there is no official release date yet. DeLonge wrote “new album coming in a few months” in an Instagram post.

On March 10, Miley Cyrus will be releasing her eighth studio album, Endless Summer Vacation, and her first single, “Flowers,” comes out this Friday.

Since the release of 2020’s Plastic Hearts, Miley has been enjoying lots of success, but she’s ready for a new challenge. Musically speaking, Cyrus hasn’t reached her peak. Although many of her albums are great, there hasn’t been one that stands out from the rest and that is consistently good. Hopefully, Endless Summer Vacation will make a difference, and who knows? She might be closer to a hit as big as “Party in the U.S.A.” than we think.

This Is Why by Paramore

Paramore will be releasing This Is Why, their sixth studio album, on February 10. This is the band’s first album in six years, and it’s also the first time a Paramore release has the same member lineup as the previous album. So far, the band has released two singles, “This Is Why” and “The News.” Both tracks are heavily inspired by the political and social climates of the last three years, and, apparently, the entire album will be.

Paramore is known for constantly changing their sound, and This Is Why will be no exception. When the title track came out, people noticed similarities with lead singer Hayley Williams’ solo work, but it also has some new elements that take the band’s sound in a new direction. Meanwhile, “The News” is a heavier track reminiscent of Paramore’s earlier work, and it showcases Hayley’s vocals in all their splendor. The band will go on tour this year with shows in North America, Europe, and South America.

The Jaws of Life by Pierce the Veil

It’s been almost seven years since Pierce the Veil released their fourth studio album, Misadventures. As a band that takes its time to create high-quality music — Misadventures was released four years after Collide With the Sky —, fans couldn’t contain their excitement when PTV released “Pass the Nirvana.” Similarly, in November 2022, the band unveiled “Emergency Contact” as their second single.

Moreover, Pierce the Veil revealed the title, album cover, and tracklist of The Jaws of Life. With curious song titles such as “Death of an Executioner,” Pierce the Veil have their fans on edge. Definitely, February 10th can’t come any sooner!

A New Re-recording by Taylor Swift

Taylor Swift will embark on her The Eras Tour soon. Starting on March 17 in Glendale, Arizona — with Paramore as the opening act —, stadiums all over the US will be filled with millions of screaming fans who fought against the Ticketmaster monster to get tickets to see their beloved blondie. We’re pretty sure that coming up with the setlist for every night of this tour was — or still is — an extremely difficult task to achieve. Taylor hasn’t been on tour since her 2018 reputation Stadium Tour, and she has released four new albums and two re-recordings since then. Theories come and go, and some Swifties affirm that Taylor will focus on a different album each night. Others come to conclusions by analyzing the opening acts and the colors used in the tour announcement poster. Still, the setlist remains a mystery.

Speaking of theories, many fans are sure that Taylor will release at least one new re-recording before going on tour. On October 25, 2022, Swift released her music video for Midnights track “Bejeweled,” which contains a thousand references to the musician’s previous work. Nevertheless, it feels like Taylor is hinting at Speak Now more than any other album.

Hopefully a New Album by My Chemical Romance

On May 11th, 2022, the world was not ready for what was coming. One day later, My Chemical Romance released their first single in eight years, “The Foundations of Decay.” Fans wept, for they never thought they would hear a new MCR tune again after the band released “Fake Your Death” back in 2014. Listening to the 6-minute track feels as good as listening to “Helena” on MTV for the first time. The song feels like a new direction for My Chem, but even though eight years of musical drought have passed, the essence and nature of the band remain the same. Although My Chemical Romance are no strangers to focusing on topics such as destruction and death, “The Foundations of Decay” feels more mature than their previous work, and it captures the main message perfectly; almost cinematically.

MCR offered a reunion show in Los Angeles on December 20, 2019, where 5,113 fans were able to witness that epic moment in history. Then, the band announced their reunion tour in 2020. Nevertheless, as we know, COVID-19 struck. After two years of expectation, anxiety, excitement, and sadness, fans could see their favorite emo legends together again. My Chemical Romance’s 2022 tour was a success. Gerard Way, Frank Iero, Ray Toro, and Mikey Way seemed happier than ever on stage. With Jarrod Alexander joining them on drums, the band gave their all every night.

Yes, this is a reunion tour, but it doesn’t feel like those kinds of together-for-the-last-time reunion tours. My Chemical Romance are at the top of their game, and they look happier than they’ve ever been on stage. The hiatus was needed, whether we liked it or not. Of course, with the release of “Foundations of Decay,” fans are hungry for more new music, and it’s only a matter of time before MCR release their fifth studio album. Hopefully, it’ll come out this year.